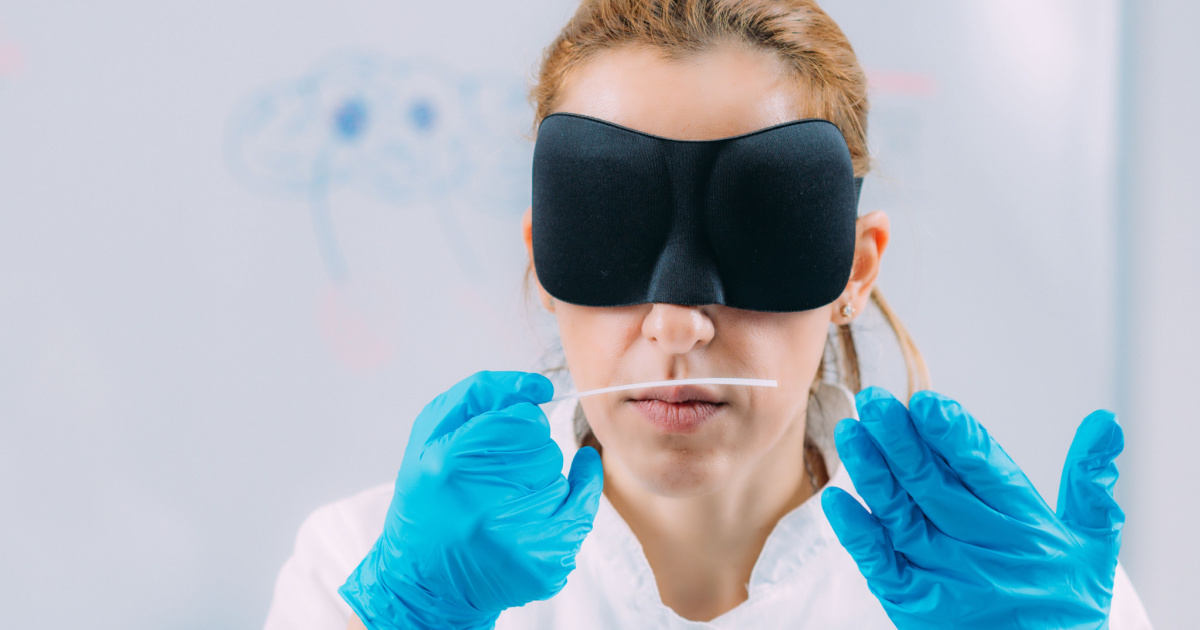 Scientists have developed the first-ever skin swab test that can diagnose Parkinson’s disease in only three minutes, and it’s thanks to a woman with a great sense of smell!

Over 40 years ago, Joy Milne of Perth, Scotland, was about 10 years into marriage when she noticed her husband, Les, started to smell a little off, specifically around his shoulders and neck. While Joy knew she had a strong sniffer, having been diagnosed with hereditary hyperosmia, she couldn’t get over the abrupt change in his odor.

Figuring the unpleasant, musty odor had to be coming from somewhere, she began accusing the then 33-year-old Les of poor hygiene. He was understandably upset.

Joy dropped the subject, but 12 years later, the smell was still going strong, and she began to notice Les’ moods shifting. When the couple went to the doctor, Les was diagnosed with Parkinson’s.

‘Smelling Parkinson’s’ research could make it quicker and easier to diagnose Parkinson’s.

After years of grappling with the degenerative disorder on their own, Joy and Les decided to join a support group for patients and their families. Upon entering the room for the first time, Joy was shocked to smell the same musty scent on all of the other Parkinson’s patients.

Before Les’ 2015 passing, the former doctor connected Joy with a professor at the University of Edinburgh to see how her scent-sational gift could be used within the medical community. As a test, they had her blind-sniff the T-shirts of a mix of individuals with and without Parkinson’s. She got only one wrong.

Or so they thought. The shirt she supposedly misdiagnosed belonged to someone who ended up diagnosed with the disease eight months later.

Joy has since dedicated her nose to science, helping doctors at the University of Manchester in England develop new methods of diagnosing the aggressive disease, announcing this week that they have figured it out.

Joy Milne, who can ‘smell Parkinson’s Disease’ has helped scientists from The University of Manchester develop a test to diagnose the disease within minutes.

— The University of Manchester (@OfficialUoM) September 8, 2022

According to the research team’s study (published in the Journal of the American Chemical Society), people who have Parkinson’s develop the distinct scent due to highly active lipids found in their sebum (an oily substance that provides a protective coating on the skin).

The first-of-its-kind skin swab test is fairly straightforward, with patients running a cotton swab along the backs of their necks, where sebum gathers. From there, a mass spectrometer is used to identify the compounds in the sample, detecting the disease with 95% accuracy.

“This test has the potential to massively improve the diagnosis and management of people with Parkinson’s disease,” said the study’s clinical lead, neurologist Monty Silverdale.