Who Is The Richest Person Ever? Hint: It’s Not Bezos Or Musk 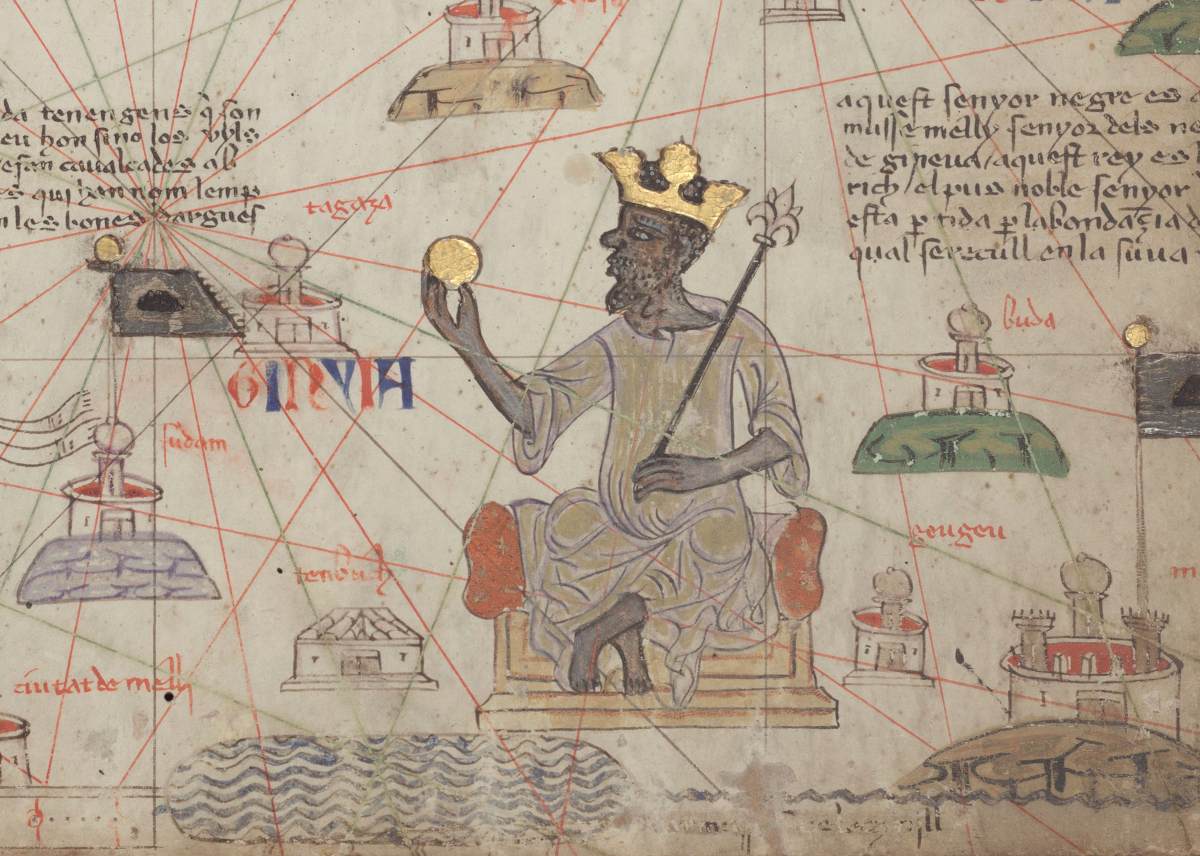 Nothing captures the imagination like extraordinary wealth. It’s one of the driving factors compelling people to buy lottery tickets, mail in sweepstakes forms, and crank slot machine handles. And who hasn’t daydreamed about what it would be like to live as a billionaire for a day? It’s safe to say most of us would enjoy taking a walk in Elon Musk or Jeff Bezo’s shoes for 24 hours.

But when it comes to unimaginable wealth, you’ve likely never heard of the richest man to ever inhabit planet Earth. His name was Musa I of Mali (a.k.a. Mansa Musa, “mansa” meaning “king”), and he lived in the 14th century, ruling over the ancient West African kingdom of Mali. Here’s what you need to know about the lifestyle of the richest (and one-time most famous) king to walk the globe.

Inheriting the Wealthiest Throne in the World

Mansa Musa’s rise to power came somewhat unexpectedly. He took the throne in 1312 A.D. after King Abu Bakr II got lost at sea while out with an exploratory fleet of ships on the Atlantic Ocean. Mansa Musa had everything he could ever want. Taking over the Kingdom of Mali involved inheriting substantial monetary holdings. But he wasn’t satisfied with the status quo.

He conquered 24 new territories and cities during his reign, augmenting his empire through warfare. He also worked hard to ensure the empire’s continued success by expanding its trade networks and ramping up Mali’s mining activities.

The kingdom boasted tremendous gold and salt deposits, guaranteeing continued wealth if these resources could be effectively extracted. So, Mansa Musa ramped up mining activities, fueled by the enslavement of thousands of men and women. He also brought in money through the ivory trade, placing pressure on local elephant populations. (Look, we never claimed he was a great guy.)

Building the Richest Kingdom in the World

Between 1312 and 1337 A.D., Mansa Musa ruled over the wealthiest place on the continent of Africa: the Kingdom of Mali. Maps have changed greatly since that time, so let’s do a quick refresher on where the Kingdom of Mali was located. The ancient kingdom stretched across a massive swathe of the African continent, including parts of modern-day Burkina Faso, Mauritania, Chad, Nigeria, Niger, Guinea, the Gambia, Senegal, and Mali. 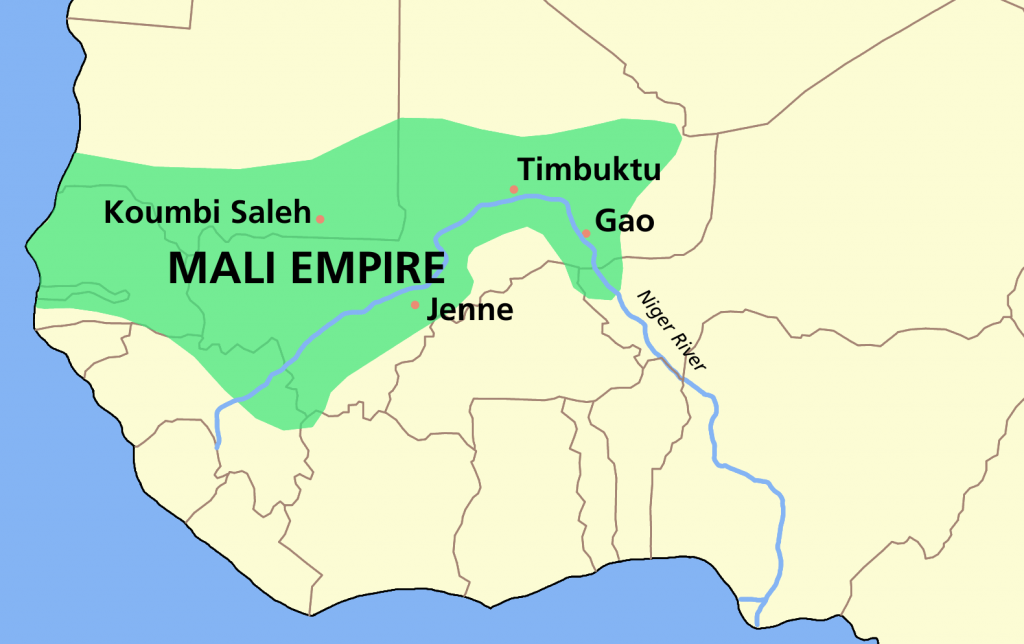 With so much territory at his disposal, Mansa Musa inherited an amazingly affluent empire. He would continue to add to this throughout his lifetime while amassing a tremendous personal fortune, too. Realizing infrastructure could use an overhaul in the empire, Mansa Musa put out a call for architects from Africa and the Middle East to design whole cities.

He used these architects to establish impressive metropolises like Gao and Timbuktu. What’s more, he transformed Mali into a cultivated and vital center of learning renowned throughout the Islamic world.

His Famous Hajj to Mecca

In 1324 A.D., Mansa Musa went on a hajj (or pilgrimage) to Mecca, traveling across Egypt along the way. His entourage proved unforgettable according to Arabic writers of the period. Not only did he leave a massive impression wherever he traveled, but his wealth became renowned throughout the Old World. 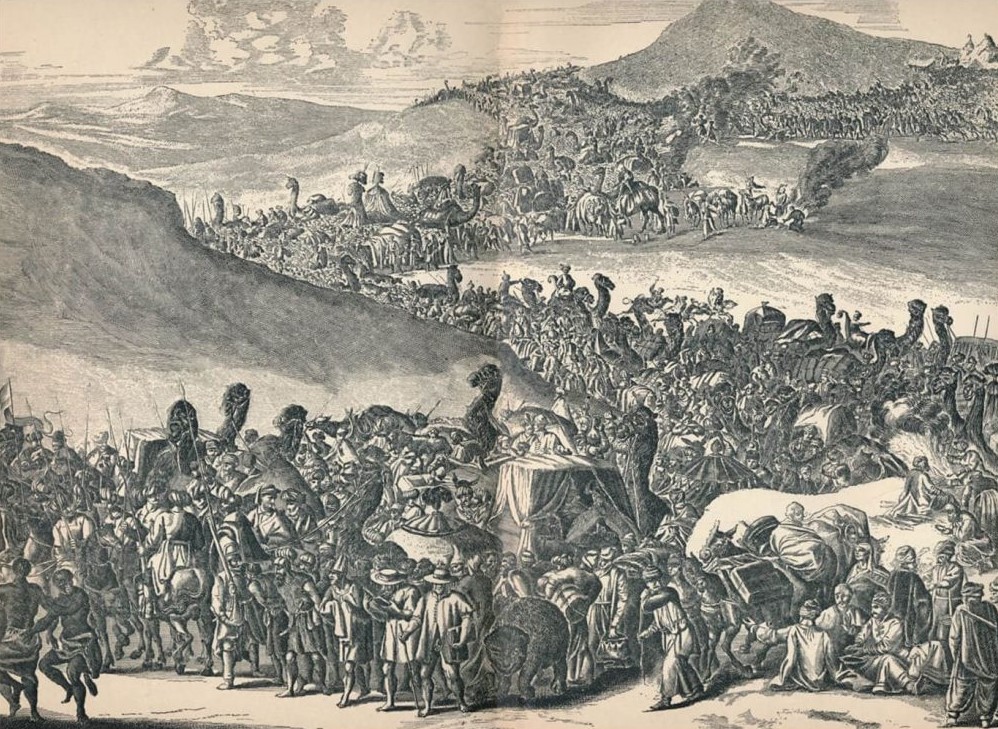 Mansa Musa on his way to Mecca. Via Wikimedia Commons.

The cities of Cairo and Mecca received him with pomp and circumstance, but rivaling what Musa I brought with him proved a challenge. The Mali king must have thought packing lightly was overrated, because he brought along 60,000 men, plus 12,000 personal slaves dressed in Persian silk and brocade.

Arabic historians also noted that the king traveled on horseback with 500 enslaved people directly in front of him. These servants promenaded, each holding a golden staff in hand. Moreover, the royal train included 300 pounds of gold and 80 camels.

Legacy of the World’s Richest Man

During his stay in Cairo, Mansa Musa and his entourage went on a lavish gold-spending spree deflating the price of bullion in Egypt for the next dozen years! And the reputation he developed during this pilgrimage had repercussions for decades, even centuries.

For Europeans, Mansa Musa’s reputation was cemented by the Catalan Atlas, a Spanish map created in 1375 A.D. The cartographers who designed it included a depiction of West Africa and an image of Mansa Musa sitting on a throne with a golden staff in one hand and a gold nugget in the other. Although the king died in 1337 A.D., people across the Old World made him the emblem of unimaginable wealth for centuries.

How Do His Riches Add Up?

At this point, you’re likely wondering where Mansa Musa might rank among individuals like Jeff Bezos and Elon Musk. After all, could a medieval ruler really compete with today’s tech titans?

Source: Who Is The Richest Person Ever? Hint: It’s Not Bezos Or Musk