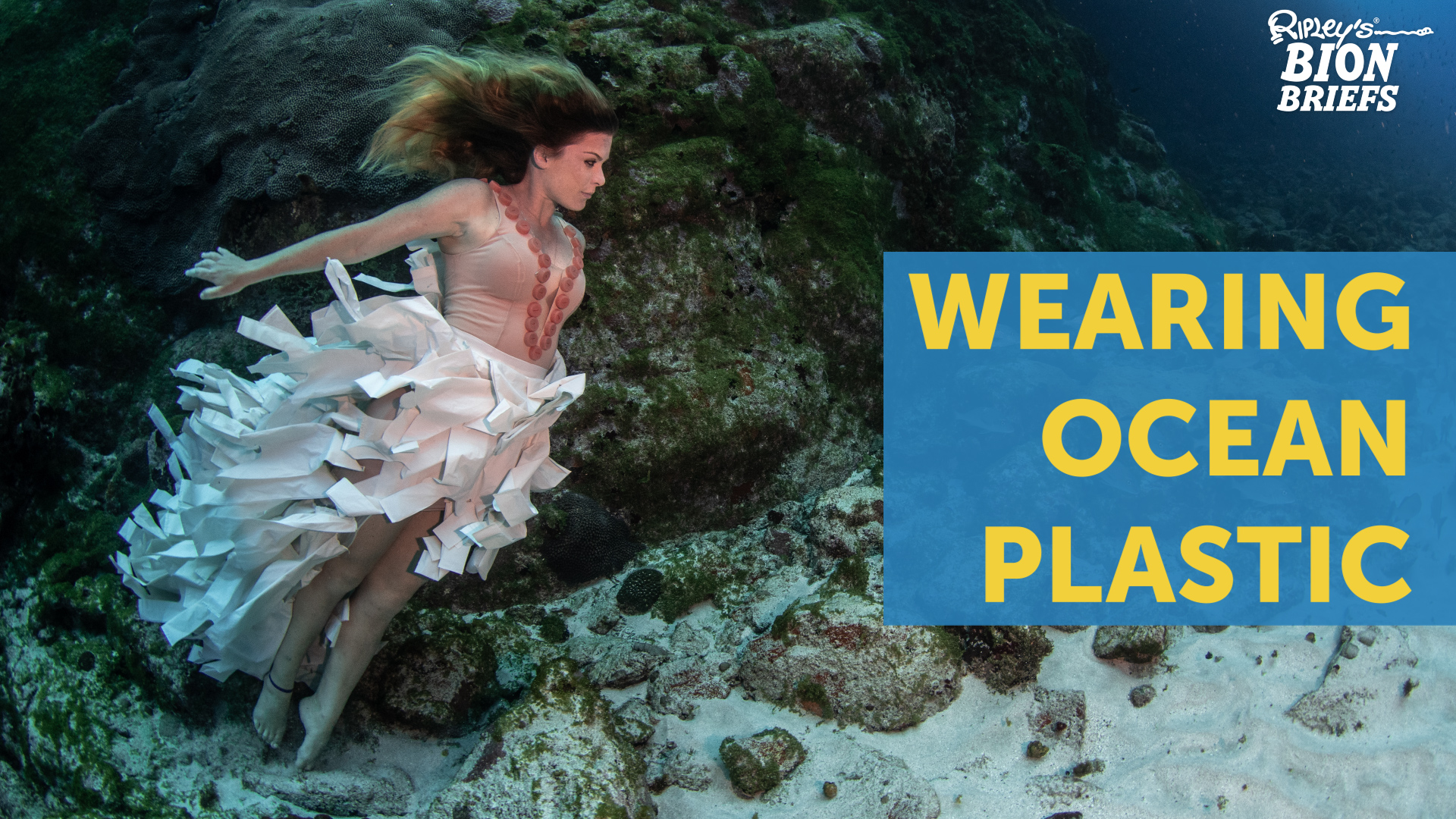 Karina Oliani, also known as the adventure doctor, she’s climbed Everest twice and is Brazil’s first physician specializing in Wilderness Medicine, a specialty that serves her well as she travels the world as an athlete, explorer, and activist.

Though she’s been diving since she was 12, the waters of São Vicente Port in Brazil made her nervous.

“I never had to dive in such a dirty place. I felt nervous to jump into the stinky water.” 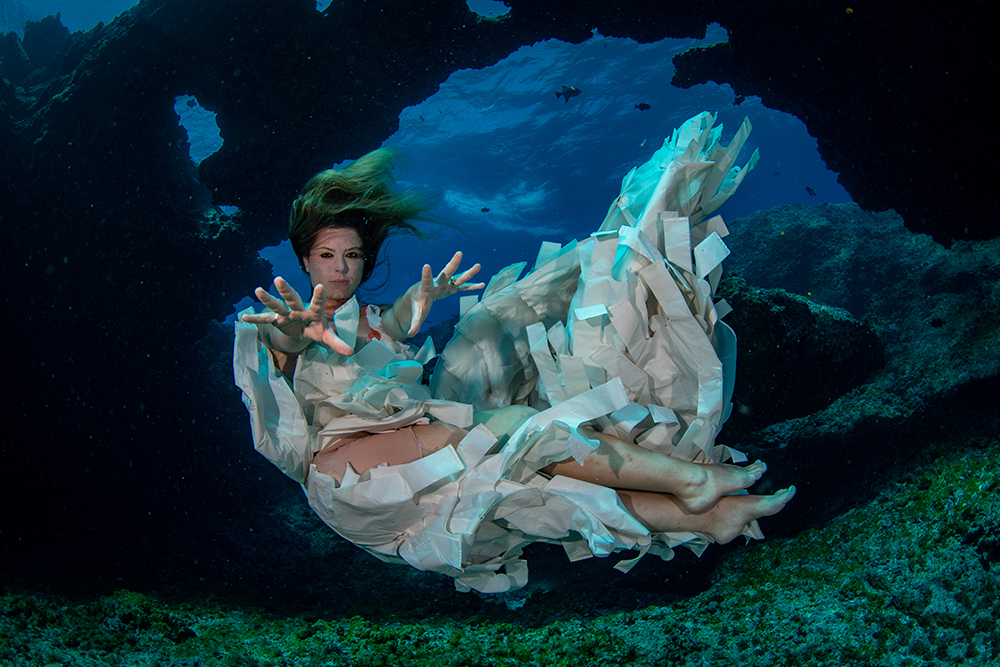 During her dive, Oliani collected more than 65 pounds of plastic littering the seafloor. Deeply saddened by the pollution facing the ocean near her home and across the world, she handed off the rubbish to a designer in her home city of São Paulo named Arthur Caliman. He faced an overwhelming challenge to make this disgusting assortment of materials into something beautiful for Oliani—eventually producing a set of dresses.

Oliani hopes her photo series will raise awareness about the worldwide epidemic of plastics in our oceans. An estimated 70% of plastic used by people ends up in our oceans, leading to pollution that affects birds, marine mammals, fish, and even humans. 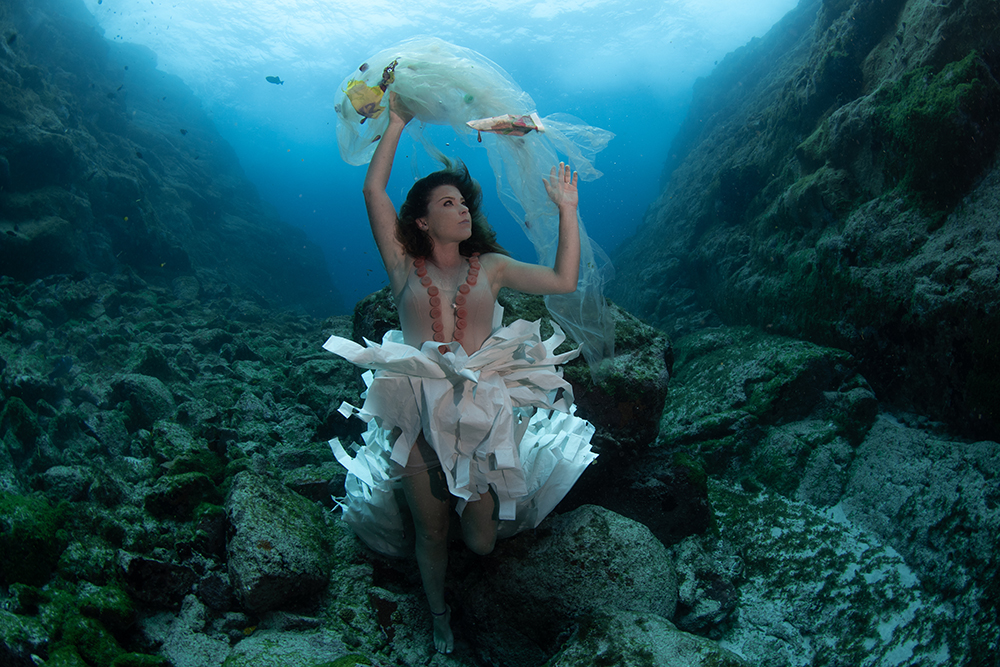 While the proliferation of petroleum-based polymers in the wake of World War II have kickstarted a consumer revolution with the ability to create cheap, sturdy, and easily moldable parts and products, private industry, public governments, and technical innovation has not found a way to keep up with the waste created by the use of plastics.

Taking as long as 500 years to breakdown, and often used for a very short amount of time—plastic bags are typically used for less than 15 minutes—plastic has by and large contaminated much of the globe. Even as plastic breaks down into smaller pieces, the so-called microplastics just become easier to enter the food chains of ecosystems. An estimated nine million tons of plastic enter oceans around the world each year. At this rate, plastic will overtake fish by weight in the world by 2050.

Taking the photos required extreme focus and athleticism. Oliani had to hold her breath for minutes at a time all while posing for her underwater photographer, Kadu Pinheiro, and keeping her face “nice and comfortable” while doing so. While at the bottom of the sea, however, Oliani found her mind drifting to the plight of the sea life around her.

“I couldn’t think of anything else than: we need to stop this and save the whole environment while we can.” 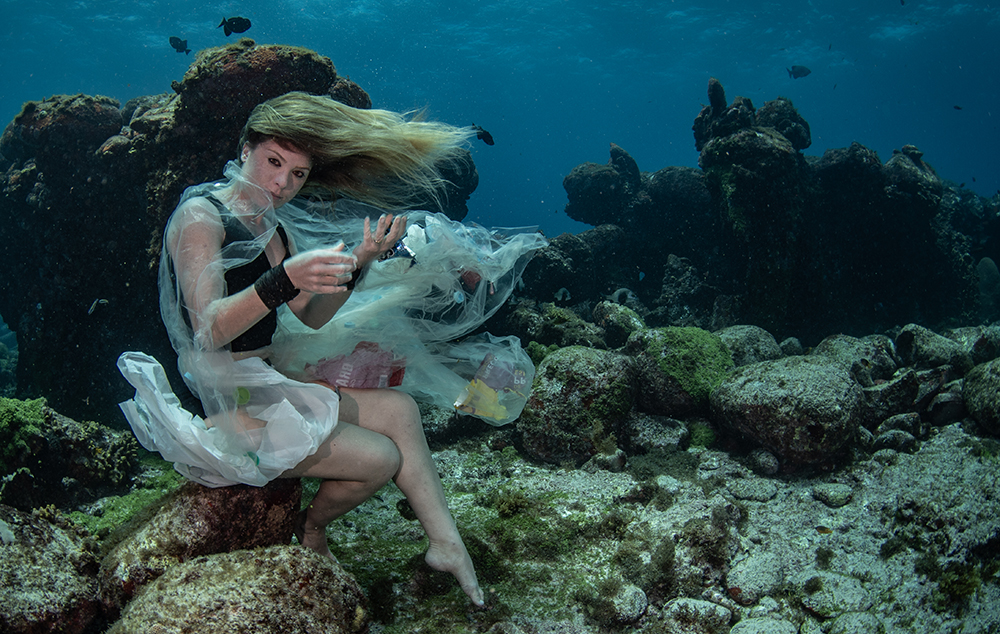 While the challenge of addressing plastic pollution is daunting, she has some advice for people looking to change their habits: She asks people to consider rejecting single-use plastics, to advocate for clean waterways and oceans, and to push for accountability of plastic manufacturers.