The War Against Spotted Lanternflies, as Told by a Native Pennsylvanian 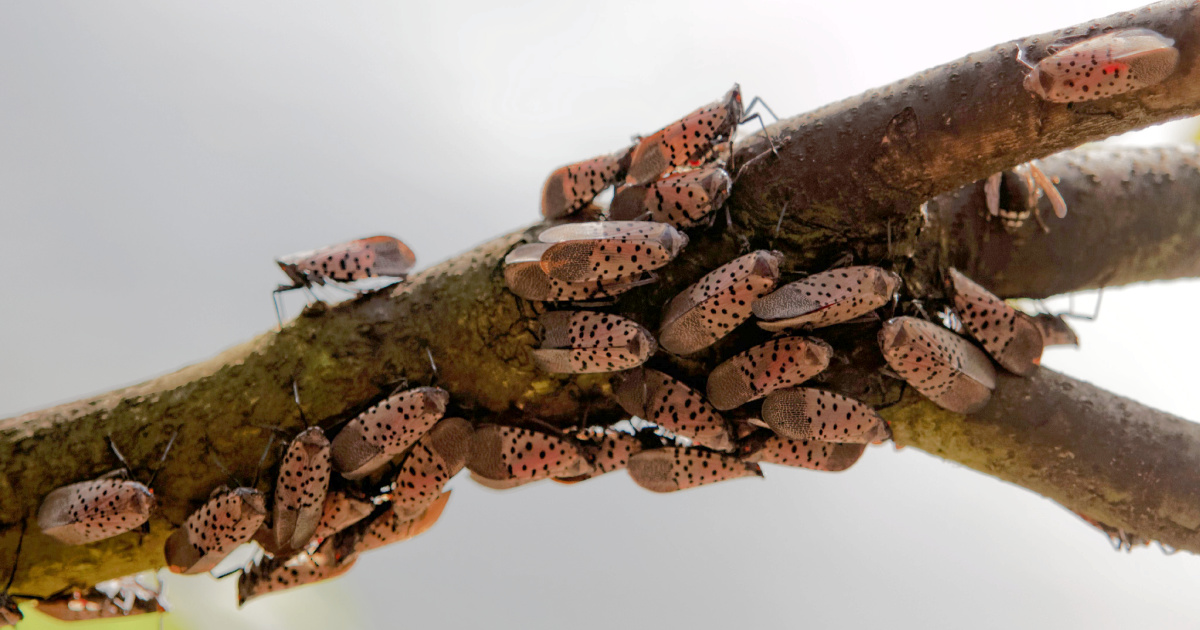 As someone who was born and raised in Pennsylvania, I am well aware of the weirdness of the Keystone State. From a town that’s perpetually on fire to Philly murdering a peaceful hitch-hiking robot, we’re a really fun and wacky place. But when it comes to spotted lanternflies, we mean business.

I remember the first time I saw one of these horrendous bugs in person. I was taking my lunch break outside when all of a sudden, this big, red-bodied bug hopped onto my lap. I knew straight away that it was a spotted lanternfly, and, following what the media and my mother advised me to do, I immediately stomped it to death.

A Brief History of the Spotted Lanternfly Invasion

This invasive species was first documented in Pennsylvania back in 2014 in Berks County. Three years later, the insects made their way to Philly.

From the beginning, we were all warned that if we didn’t kill every lanternfly we saw, they’d eventually wreak havoc on our state. And that’s no lie. The insects are estimated to potentially cost Pennsylvania $324 million every year if they’re not contained.

As of last year, the lanternflies have caused $43 million in damages. That’s because they cause significant damage to crops, harm ornamental plants, and even affect local honey production. Not only do they feast on plants, but they secrete an awful substance that promotes mold growth. Gross.

As the problem became more significant, Pennsylvania — Philadelphia, in particular — decided to wage war. And being a resident of South Philly at the time, I was more than happy to participate.

Before I knew it, killing spotted lanternflies became a popular sport statewide. Not only did locals start sharing their recent kills on social media, but there were those special few who killed lanternflies by the thousands. There was even an app created in an effort to eradicate the insects entirely.

If you’ve never seen a spotted lanternfly in person, it’s important to know that they’re pretty substantial bugs. Most of the ones I’ve seen are more than an inch long. Additionally, lanternflies don’t fly, they hop. This makes them easy targets for angry Pennsylvanians.

Luckily, there has been a steady decline in spotted lanternfly sightings over the past year or so. This year, I’ve only seen — and smooshed — a few myself. While the exact reason for this isn’t yet known, some experts speculate that a lack of host plants to feed on and localized killing efforts have successfully reduced the population.

Believe It or Not!, the united goal of killing spotted lanternflies brought Pennsylvania closer as a state. So, while these bugs did unbelievable damage to our crops, they did benefit Pennsylvania in a surprisingly different way.

By Steph Weaver, contributor for Ripleys.com

Source: The War Against Spotted Lanternflies, as Told by a Native Pennsylvanian