The Inflated Intestines Of Human Sacrifice 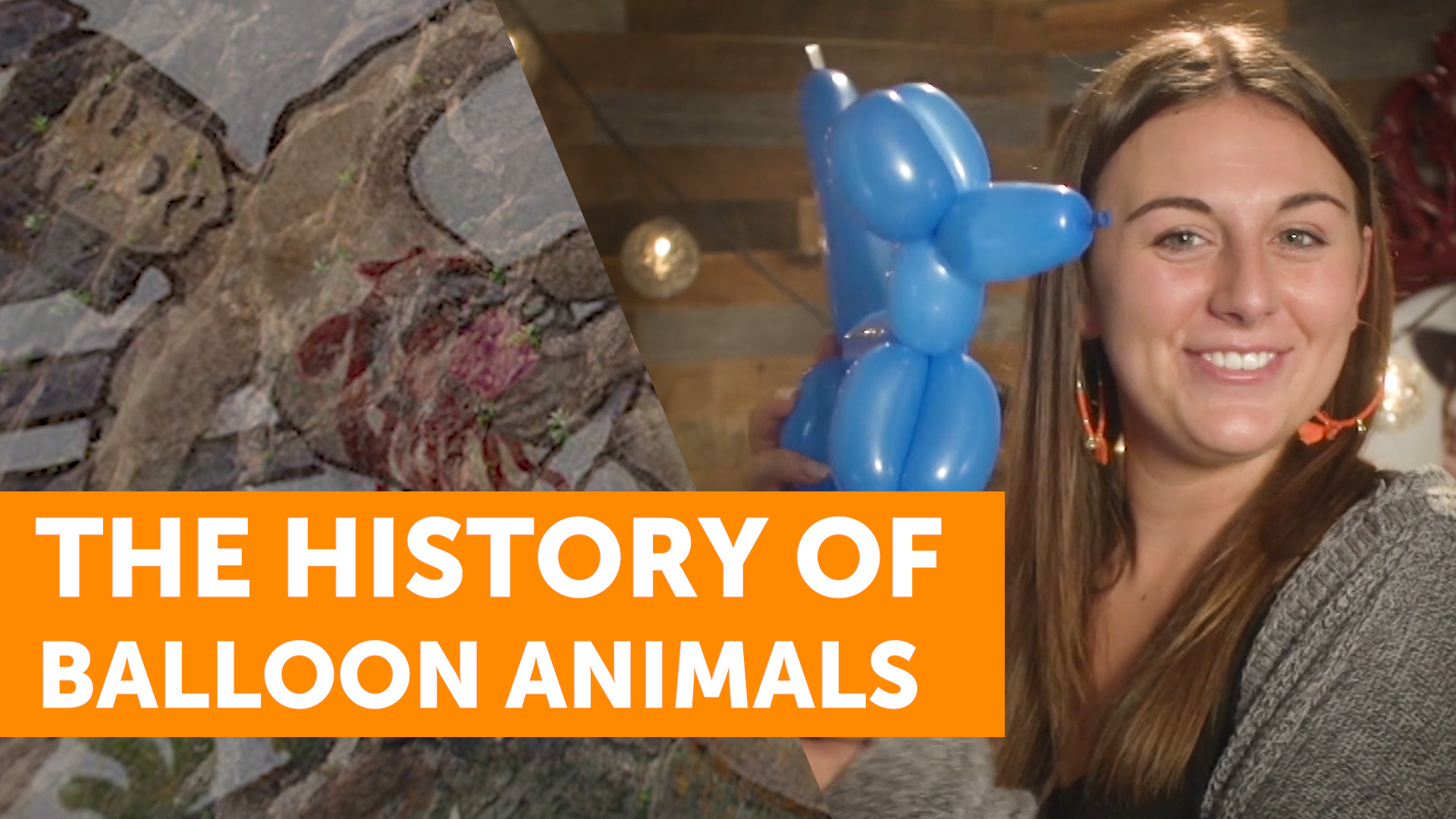 Long before Michael Faraday invented the first rubber balloons in 1824, “balloons” were created by inflating the intestines, stomachs, and bladders of common animals. But, they weren’t used to spice up the décor at a child’s birthday party. They were burned and sacrificed to the gods!

The earliest “balloons” weren’t just made into animals—they were made out of animals. From pig bladders to cat intestines, there was nothing to party about when it came to the Aztecs’ balloon-like figures. Researchers have found that beginning in the 1300s, the Tenochtitlan people began using common animals as sacrifices to the gods. 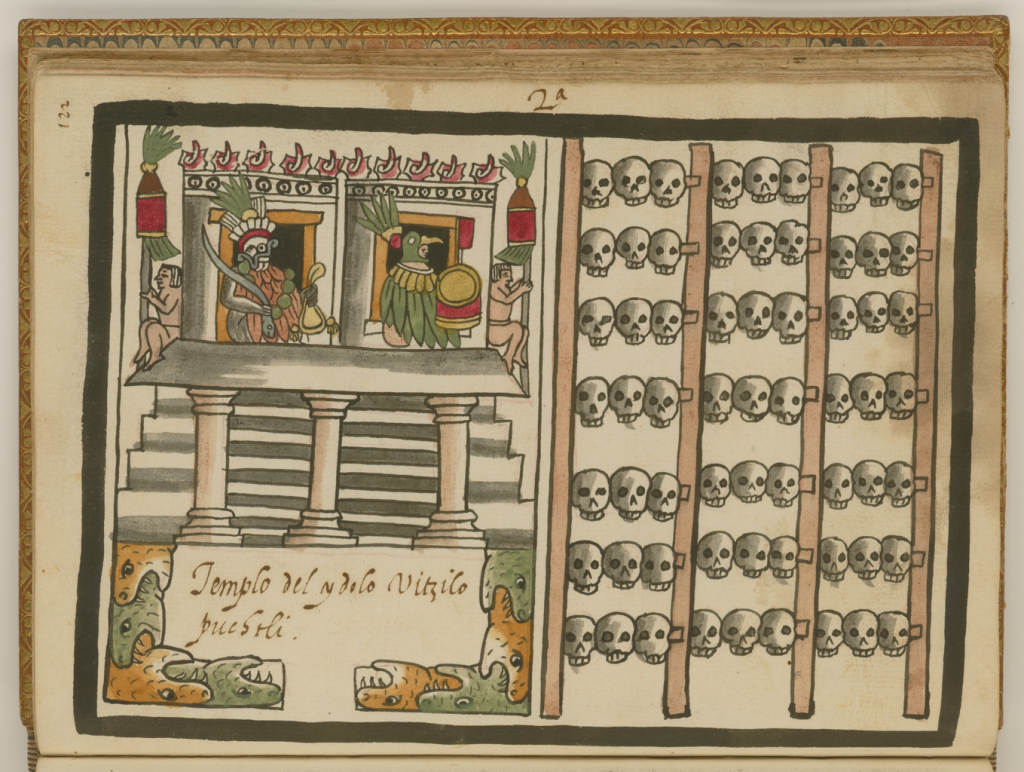 Painting of Tlaloc (left) and Huizilopochtli in their temple

As animals were considered a vital part of Aztec religion and symbolism, they were used as offerings to a higher power—specifically, Tlaloc and Huitzilopochtli, whose twin shrines stood atop the Templo Mayor. The more rare and difficult an animal was to catch, the greater the sacrifice. Animals ranged from shellfish and birds to larger species like crocodiles and jaguars.

All They’ve Shaped Up To Be

To maintain the shape and beauty of their offerings, there’s evidence that the Aztecs practiced a form of taxidermy. In some cases, this meant the inflating of the animal’s intestines to create a balloon-like appearance. According to Great Balloons! The Complete Book of Balloon Sculpting by Jean Merlin, the bowels were cleaned, dried, turned inside out, and sewn with a vegetable thread that stuck to itself when left out to dry in the sun. This process produced an almost airtight seal, very much like the balloon structure we know today.

But, animal sacrifices weren’t the only inflated piece of the puzzle. Human sacrifice was also very much alive and well. The evidence lies in the gruesome illustrations found in Spanish texts, preserved temple murals, and stone carvings of the inflated remains of human sacrifice.

The Aztecs believed that sacrificing both animals and humans was necessary to ensure the continuity of the world. Legend has it, the god of sun, Huitzilopochtli, was waging a constant war against the darkness. In order to keep the sun moving across the sky, the Aztecs had to feed the sun god with hearts and blood. Should Huitzilopochtli go hungry, the darkness would emerge victoriously and the world would end. 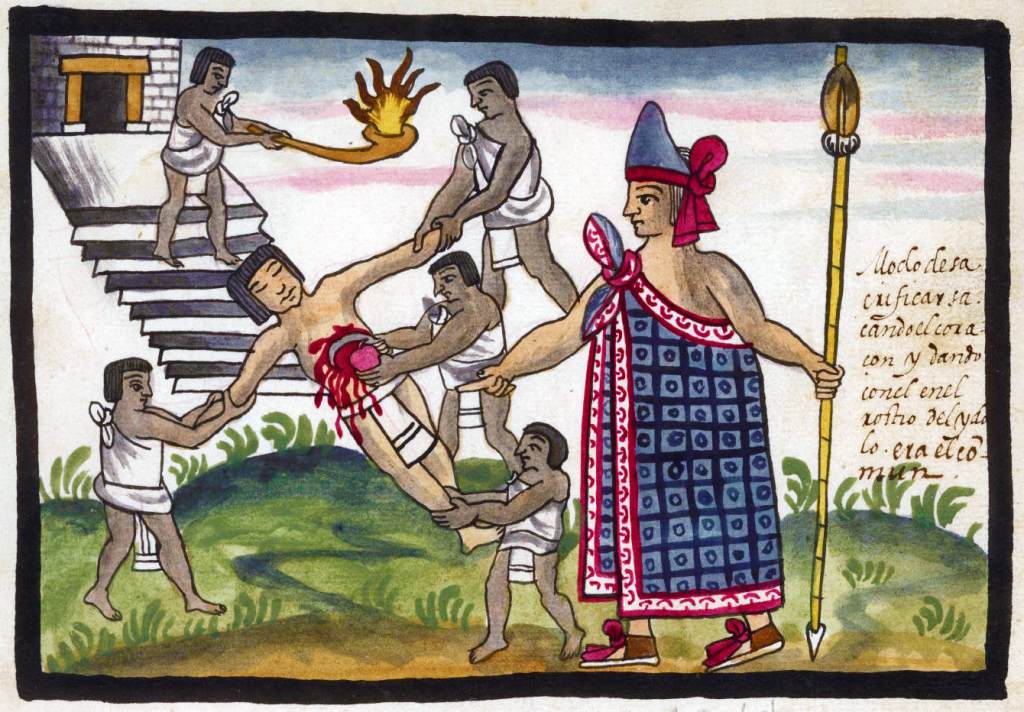 So, ironically enough, the practice of killing animals and humans was a process necessary for maintaining life. And while much of the Tenochtitlan history has been preserved and discovered amidst ancient temples, the gruesome stories surrounding Aztec sacrifice continue to be uncovered.

This twisted part of history has inspired us to “Do as the Aztecs do,” and inflate a few animal insides of our own. Can a modern-day balloon animal be shaped from hog intestines? Find out on this week’s episode of Cool Stuff, Strange Things!