The Cursed Rocks And Guilty Tourists Of Uluru 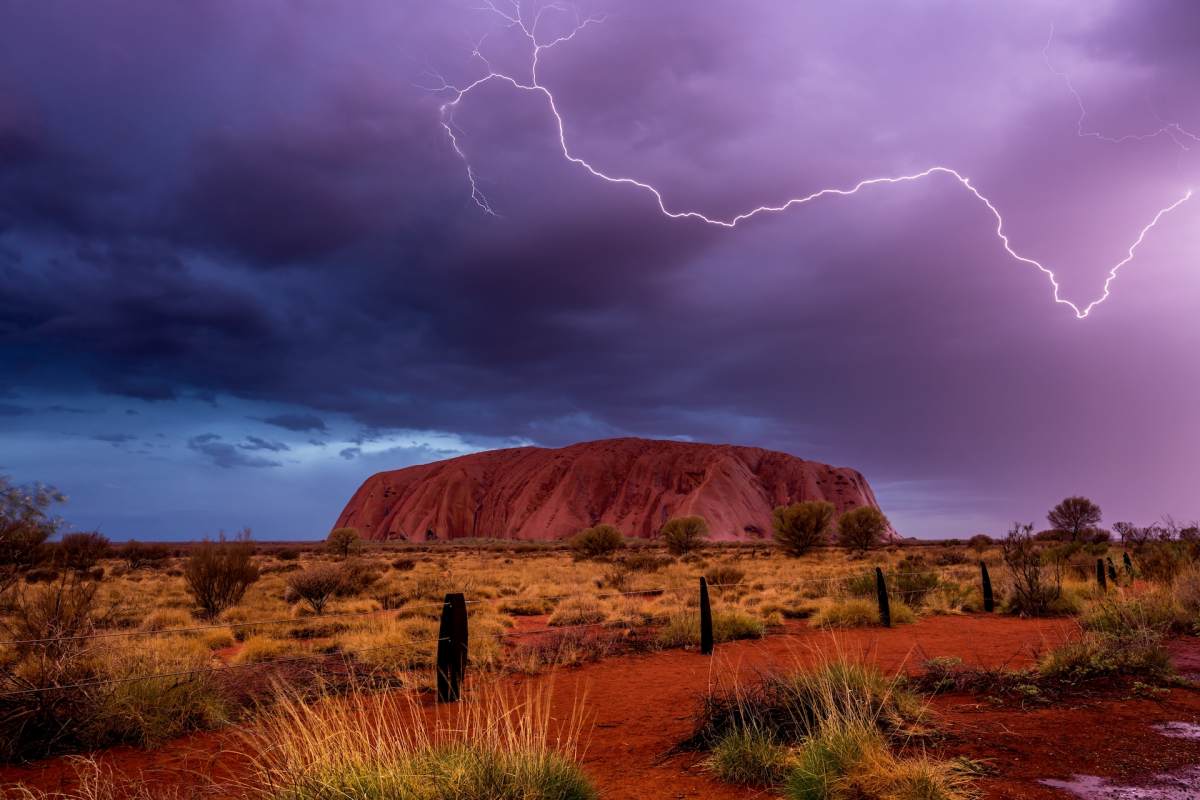 In the heart of Australia lies one of the continent’s greatest tourist attractions and indigenous sites: the monolith Uluru. Formerly known as Ayers Rock, the site opened for tourism in the 1930s. Visitors would climb the breathtaking sandstone formation and interact with the Aboriginal people known as the Anangu.

Just don’t be looking to take home a souvenir, as climbers who stole stones from the mountain are said to have been cursed with misfortune, putting their lives on the rocks.

The Center of Creation

Uluru is sacred to the Anangu’s myths and traditions. During the Dreamtime, the inception of creation for the Anangu, ancient beings swept over the land and produced all facets of life. When they finished, the ancient beings became one with nature, residing in Uluru and other hills and waterways as their final resting spots. As a record of this time period, several petroglyphs and other rock carvings appear across Uluru and the surrounding areas.

Another Anangu legend supports Uluru as a resting place. After competing tribes fought to the death over a lizard woman, Uluru rose as a grave for the fallen warriors.

While the Anangu were willing to educate tourists about their culture, they were unhappy about people climbing their sacred sight. In 1964, chains were implemented in Uluru to assist climbers, and from there, climbers continued to get bolder and bolder.

Any sense of decency flew right over the tourists, some of whom played golf and stripped clothing on Uluru. The worst offenders stole rocks as souvenirs. Sooner or later, they realized their lives would hit rock bottom. 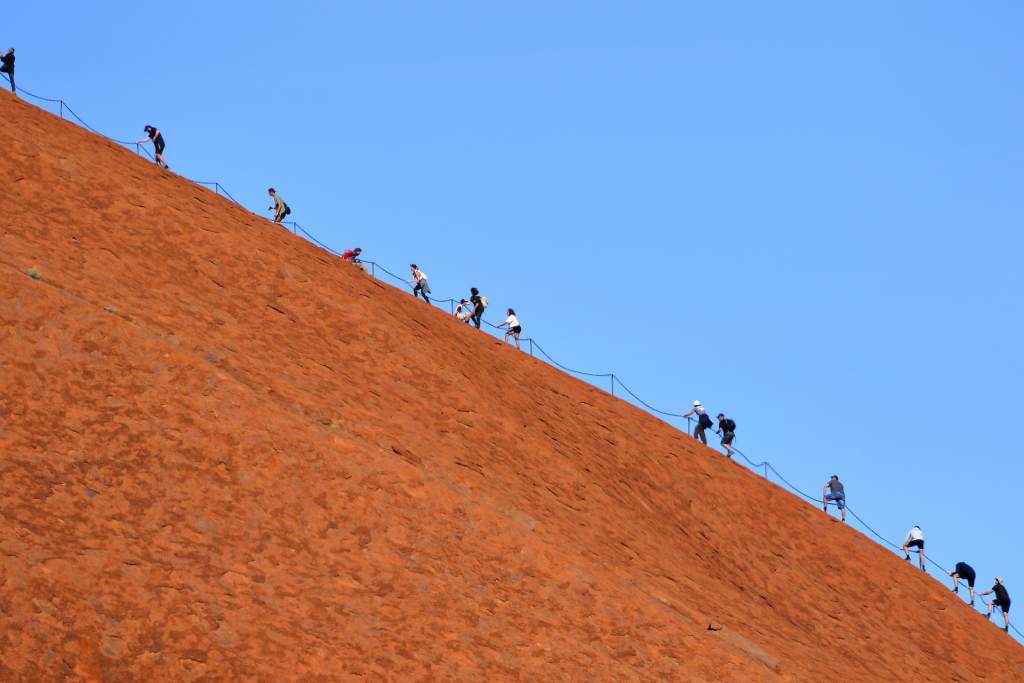 Stealing a stone from a nature reserve may seem harmless, but these thieves found themselves between a rock and a hard place upon returning home. From car accidents to declining health, those with the missing minerals have reported many cases of bad luck. To free themselves of the curse of the stolen stones, the rock robbers mail their mementos back to Parks Australia rangers.

Besides curses, tourists also end up returning the rocks out of guilt. Dubbed “sorry rocks” by park rangers, they receive an estimated 365 packages of rocks per year — about one package per day! The most enormous “sorry rock” to ever be returned weighed 70 pounds! In these packages, the tourists often include letters expressing their regret for stealing the sacred rocks and asking for forgiveness.

Once park rangers have the repaid rocks, returning them to the land is no easy process. It is impossible to restore the stones to their exact original locations, so the Anangu are hesitant to reinstate rocks into the sacred grounds of Uluru. The Australian Quarantine and Inspection Service also has to quarantine mailed rocks before sending them to Uluru to avoid introducing micro-pathogens to the ecosystem. Sometimes, the rocks park rangers receive aren’t even from Uluru, so they keep a close geological eye on what comes in the mail.

While the Anangu don’t associate bad luck with their rocks, they would prefer if tourists didn’t tamper with their property and treated the landscape with more respect.

In 1985, the rights to the land of Uluru were returned to the Anangu by the Australian Government. Since then, the Anangu originally put up signs asking tourists not to climb the mountain until climbing was eventually banned in 2019. To encourage this new normal, the Anangu invites tourists to accomplish a different type of feat: signing a book saying that they did not climb the mountain. 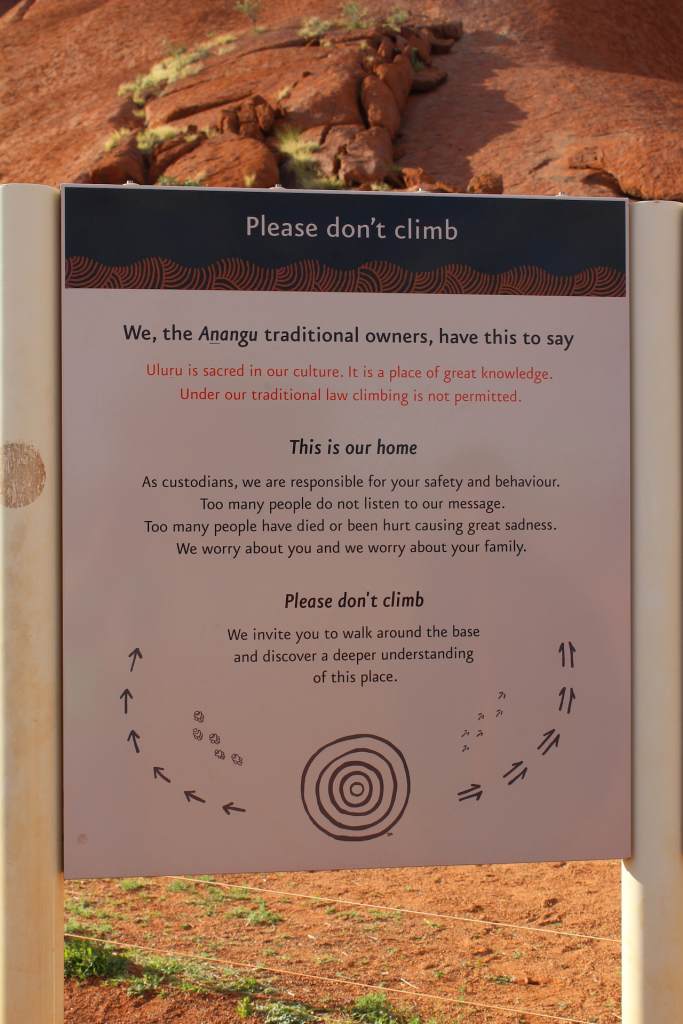 With no more climbing, there are fewer opportunities to steal these “cursed” rocks, so tourists no longer have to gravel in their grief.

By James Whelan, contributor for Ripleys.com

Source: The Cursed Rocks And Guilty Tourists Of Uluru