That Time A Scientist Dug Secret Tunnels Under D.C. For Exercise 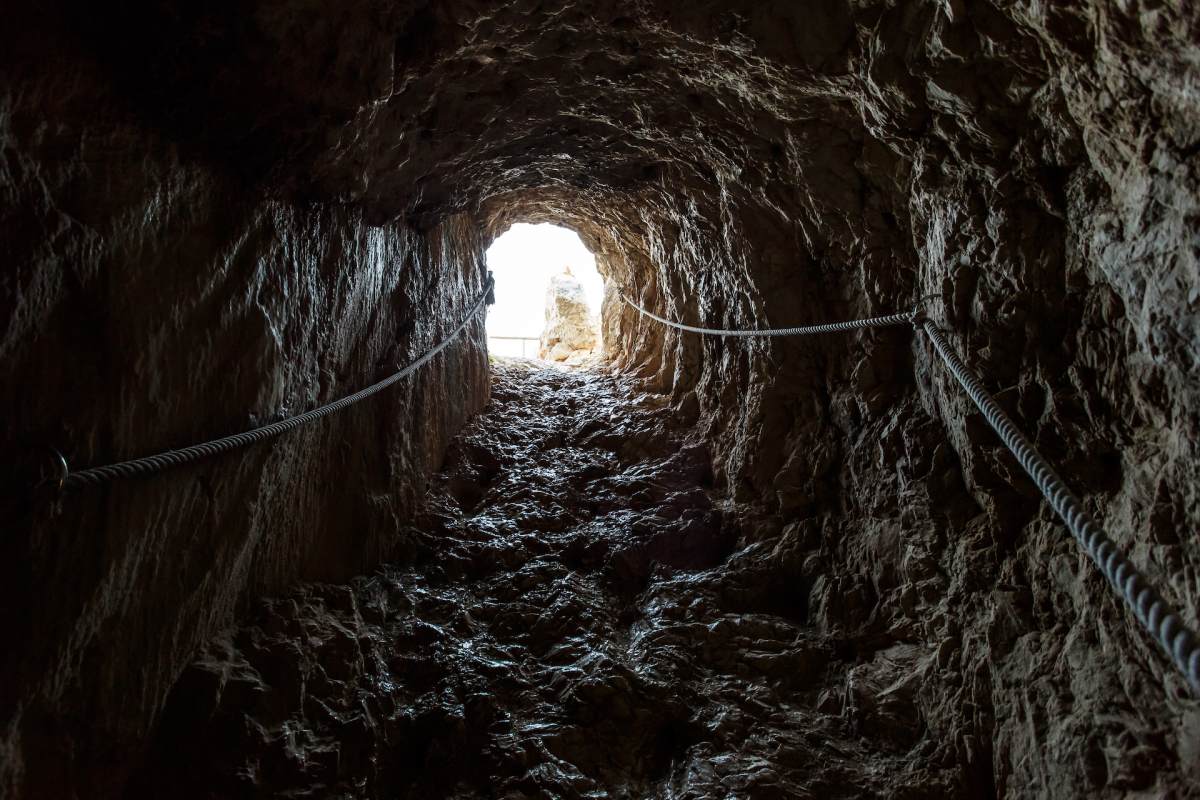 In 1924, a delivery truck fell victim to a crack in Earth’s foundation right behind Pelham Courts in Washington, D.C., submerging slightly into the ground beneath its tires. The Pelham Courts manager and janitor investigated and discovered the unlikely culprit: a maze of connected hidden tunnels.

They were built tall and wide enough for a human to effortlessly walk through them. An architect reported that the tunnels were constructed with precision and care. Lined with white enameled brick, explorers admired the beauty and value of these tunnels.

One interesting discovery was a collection of German newspapers lining the ceilings, lit by electric torches. This led to many speculating minds and people began to wonder how these tunnels came to be and who exactly was responsible for them.

Some thought they were deserted sewage tunnels, while others theorized it was a hiding space for German spies or bootleggers.

Digging for the Facts

The truth? Harrison Dyar, a former Smithsonian Institute entomologist, took full responsibility (well, after he had his fun hearing what people had to say about these mysterious tunnels).

His reason for the secret passageways? It was as simple as exercise. He looked at tunnel digging as not only a hobby, but a way to get his body up and moving after work. He admitted to working on these tunnels for upwards of 10 years, from 1906 to 1916.

In 1924, an elaborate tunnel was accidentally found under a street in Washington, D.C. Despite theories that it was a lair of bootleggers or ‘Teuton war spies’, the tunnel was dug by the Smithsonian entomologist Harrison G. Dyar, who just liked to dig tunnels in his spare time. pic.twitter.com/oaJKkoowL8

It started when he dug a flowerbed for his wife. He was compelled to keep digging, once telling a reporter “When I was down perhaps 6 or 7 feet, surrounded only by the damp brown walls of old Mother Earth, I was seized by an undeniable fancy to keep on going.” He had various locations where he did his digging — all around D.C. — and all with similar features such as electric lighting, stone stairways, and cement walls. Some were even up to 24 feet deep!

Believe it or not, there may have been some truth to a few of the outlandish theories that took the community by storm before Dyar admitted to creating the tunnels. Dyar had no clue where the newspapers on the ceilings came from. There were also empty liquor bottles thrown on the ground and other signs of life throughout. Dyar had moved to California the year prior to the publication date of the newspapers (1917 and 1918) so he noted it couldn’t have been him who hung them up. 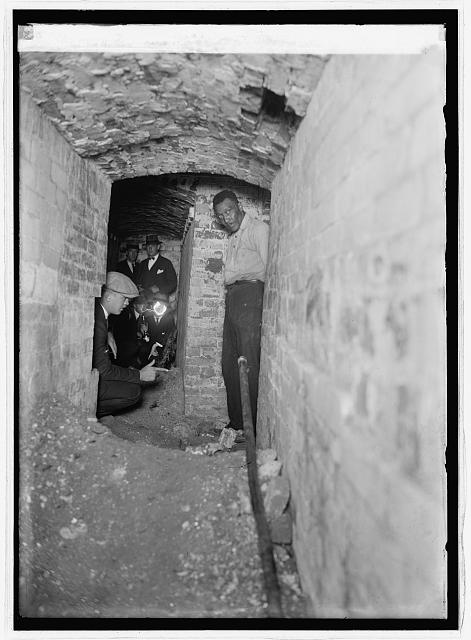 Explorers look at Dyar’s tunnel in Washington, D.C. in 1924.

With this information, it gave people even more of a right to believe that these tunnels were a place for German spies during WWI after the media publicized the tunnel discovery. Some even think Dyar was a spy himself!

The Human Urge to Dig

Dyar wasn’t the first person to dig for pleasure, nor was he the last — far from it. Hobby tunneling is definitely still a thing, and most of this work is done by hand. Like Dyar, it can take decades to complete the tunnels, especially when digging without heavy equipment. You might be wondering why one would choose this as a hobby? Well, reasons typically include working out, getting one’s mind off other things, or creating something of purpose like a wine cellar.

But before you grab your shovel, it should be noted that tunneling isn’t without danger. Digging deep enough to put a layer of dirt above or even just around you comes with the inherent risk of the dirt or sand collapsing, possibly leading to injury or even being buried alive.

Can I Visit Dyar’s Tunnels?

The Pelham Courts no longer exist, and neither do Dyar’s tunnels. They’ve been sealed off with concrete. That ground is now home to Hotel Palomar.

Many unanswered questions still linger to this day. How did Dyar get out of the tunnels when he was done digging for the day? How did he hide it so well? Did anyone else live down there? Guess that means it’s our turn to speculate – let us know your theories in the comments!

By Sam McCormack, contributor for Ripleys.com

Source: That Time A Scientist Dug Secret Tunnels Under D.C. For Exercise