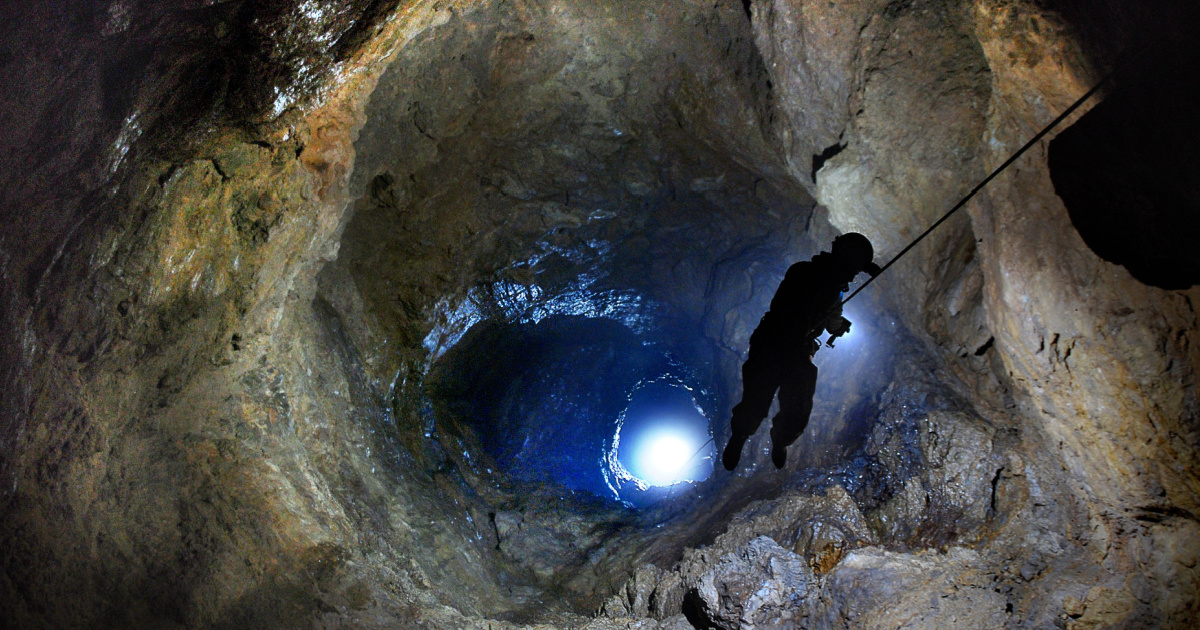 Gerry Keene and Rick Haley are regular visitors to the Berome Moore Cave north of Perryville, Missouri, according to ABC 7. The spelunkers have been involved in an intensive mapping effort of its maze-like network of underground tunnels and chambers for the Cave Research Foundation. It represents the second largest cave in the “Show Me” state and one declared by the Karst Conservancy to stretch for roughly 21 miles. But little did they know they’d soon add “canine rescuers” to their resumes.

Here’s the incredible story of a pooch named Abby who, despite all odds, survived for up to two months in Berome Moore with scant water, only the food she could scavenge, and little to no sunlight.

Jeff Bohnert had all but given up on seeing his poodle-hound mix again after she went missing in early June.

Two months later, he got a text from a neighbor: People exploring a nearby cave had found a dog. https://t.co/yHfmFeqOjH

The Right Gear and a Little Hope

After receiving a call from local firefighters, Keene and Haley opted to pack some extra gear as they prepared for another sojourn into the Berome Moore Cave system. The firefighters said they’d learned of a dog in the cave from a group of spelunkers, and it needed rescuing. Keene and Haley must’ve had their doubts about just how long a domesticated dog could survive in the inky blackness of the Missouri maw. And the reports of the previous spelunkers didn’t give her much additional time, so they needed to act quickly.

But once they descended into the familiar underground surroundings, Haley and Keene found paw prints near the cave’s entrance, a 12-foot-deep pit. The impressions provided hopeful signs of life and also told the tale of how a happy-go-lucky family pet could end up in such inhospitable accommodations. But would the two cavers discover the pup still alive and licking? That was the question.

The men continued their descent, hitting 500 feet before making an incredible discovery, as reported by The Washington Post. To their surprise, they found the furry, gray pooch reported by previous explorers inside the cave’s central passage, curled up in a ball and very weak. She wasn’t in the best shape and suffered from malnourishment. But despite general weakness, she responded to Keene and Haley’s overtures, happily acknowledging rescue had arrived.

This is where the extra gear the men packed came in handy. They zipped the weak pup into a duffle bag, wrapping her with blankets for added protection and to keep her from struggling during their climb to freedom and light. In a Facebook post, Haley described the rescue, explaining, “We moved her 500 feet to a very tight, awkward, vertical climb, handing her hand to hand upward to the surface. She was totally cooperative.”

Returning to a Dog’s Life

After exiting the cave, Keene and Haley noted that their charge looked skinny but otherwise uninjured. And this despite a 12-foot fall and at least a few days spent underground. Keene and Haley couldn’t help but wonder how long the canine actually lived in the cave. But they would soon receive an impressive ballpark estimate.

A missing dog report identified the poodle-hound mix as Abby, who went missing on June 9! Do the math, and she survived 60 days in total darkness at 58 degrees Fahrenheit. Her owner, Jeff Bohnert had all but given up on ever seeing her again. Nevertheless, as Haley attested via social media, Abby was over the moon after her rescue, and she reunited with Bohnert and her playmate and fellow canine, Summer, returning to a dog’s life above ground. We think extra dog treats and a cozy pet bed should be in order for this survivor canine!