Sultan Kösen, the World’s Tallest Man, Celebrates 40th Birthday at Ripley’s Believe It or Not! 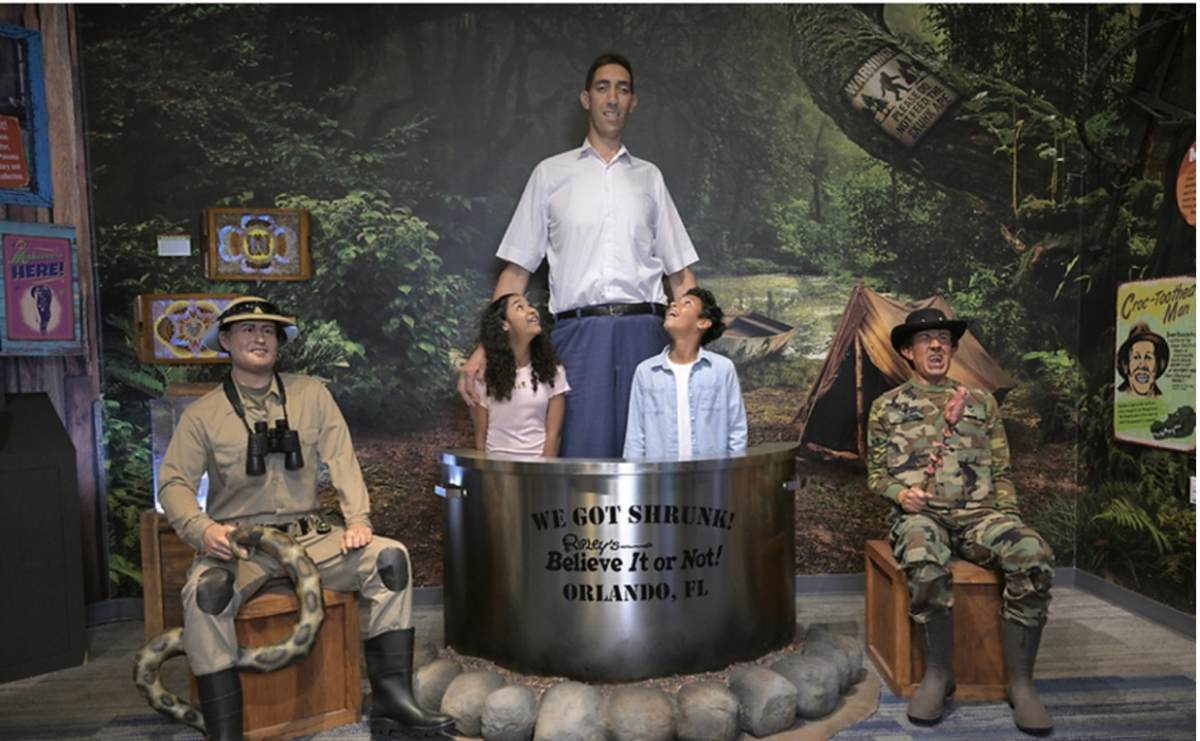 Towering 8 feet 3 inches tall, with the ability to not only palm a regulation NBA basketball but also drop it through the hoop with ease, Sultan Kösen is hard not to miss. Although his stature is large, his personality is even larger!

Sultan Kösen celebrated a milestone — his 40th birthday — at Ripley’s Believe It or Not! Orlando, visiting all the way from Turkey!

Born on December 10, 1982, Sultan didn’t start his incredible growth spurt until he was 10 years old. His unique stature is caused by a condition known as “pituitary gigantism,” which is the result of an overproduction of growth hormone. In Sultan’s case, his pituitary gland was damaged by a tumor, releasing an excess of the hormone.

While at Ripley’s, Sultan stopped to pose next to the tallest man to have ever lived, Robert Wadlow, of Alton, Illinois. When last measured in 1940, right before his death, at age 22, Wadlow was 8 feet 11.1 inches! 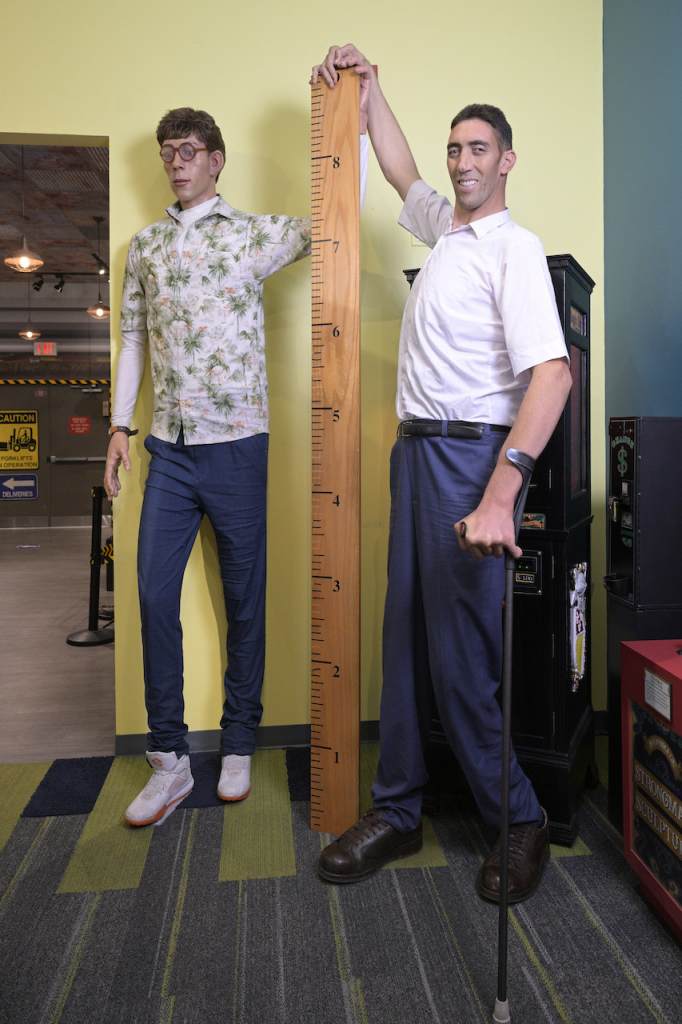 Sultan Kösen, the world’s tallest man, poses next to the tallest man to have ever lived at Ripley’s Believe It or Not! Orlando. Robert Wadlow of Alton, Illinois, measured 8 feet 11.1 inches tall when last measured in 1940. Credit: AP Images for Ripley Entertainment Inc.

Believe It or Not!, there are only ten reliable cases in history of a person reaching 8 feet or more. In 2009, Sultan Kösen became the first man over 8 feet to be measured by Guinness World Records in more than 20 years!

“After that day [that I was announced the tallest man in the world] I was born,” Sultan explained to Ripley’s. “Before that, I was a very silent person. Now, I can talk. I’m happy. I’m funny. I enjoy my life.” 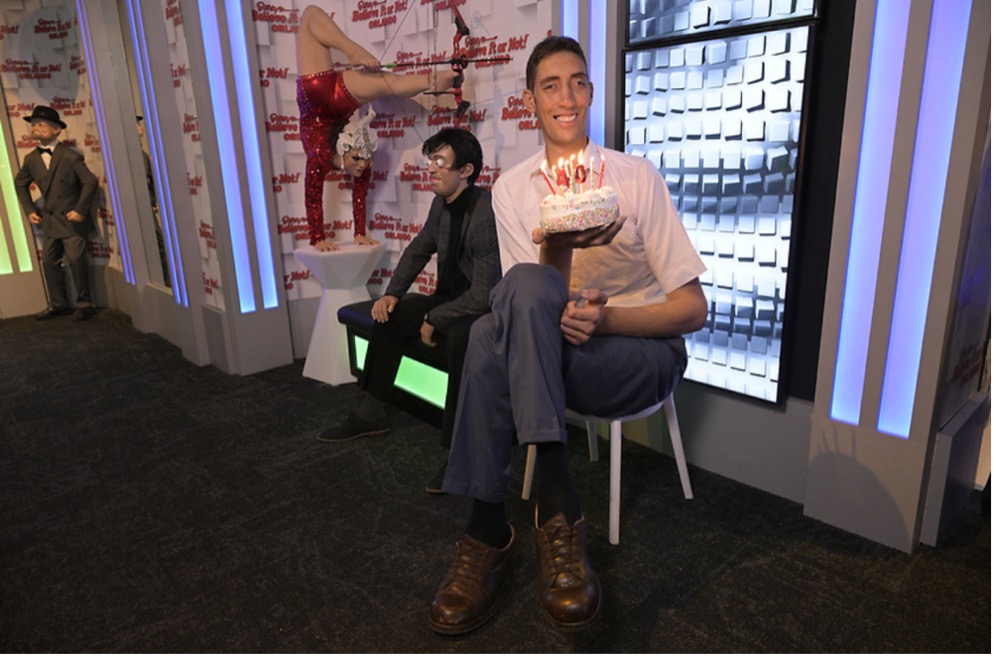 Gaining international recognition for his lofty stature, Sultan has visited 127 countries. Celebrating another year, he blew out his birthday candles at our Orlando attraction wishing to “travel the remaining countries which I have not visited so far… and to keep my record title. I hope there will be no one taller than me,” he joked.

Sultan also holds the record for largest hands on a living person, each one measuring 11.22 inches from the wrist to the tip of the middle finger. To better put his hand size in perspective a size 7 basketball (the official size of the NBA) has a circumference of 29.5 inches which means it sits comfortably in Sultan’s palm! 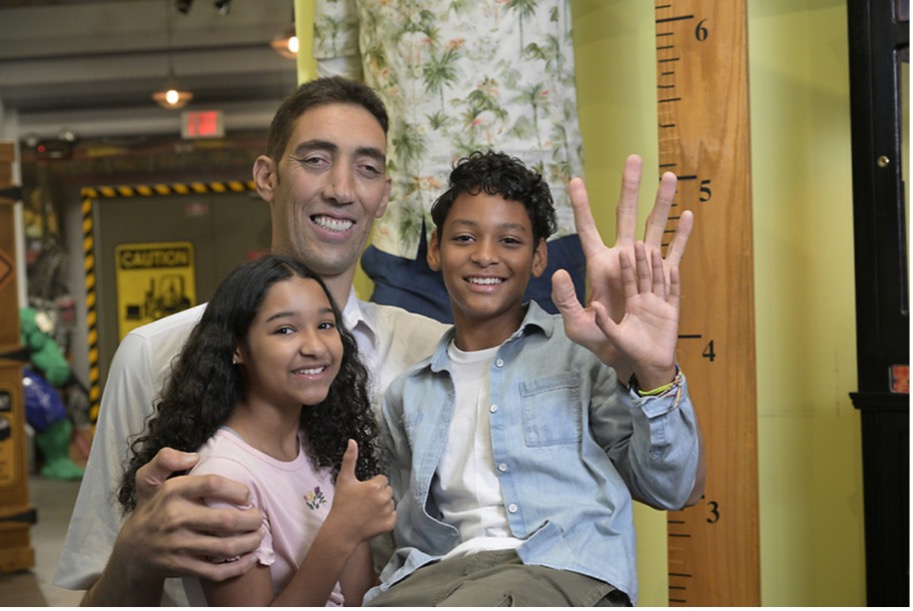 Sultan Kösen, the world’s tallest man, poses with guests at Ripley’s Believe It or Not! Orlando. In addition to his record height, Kösen also holds the record for the largest hands on a living person — measuring 11.22 inches from his wrist to the tip of his middle finger! Credit: AP Images for Ripley Entertainment Inc.

More recently, Sultan has expanded to movies and television. In 2016, Sultan fulfilled a life-long dream by making his Hollywood debut in Achieving the Impossible, before going on to tour with the Magic Circus of Samoa! Believe It or Not!, Sultan is now a cultural ambassador for Turkey and recently participated in a cooking show on Romanian TV!

We here at Ripley’s were honored to spend time with Sultan and are so grateful for his willingness to collaborate with us. Be sure to check out the video of Sultan’s visit below!

Source: Sultan Kösen, the World’s Tallest Man, Celebrates 40th Birthday at Ripley’s Believe It or Not!