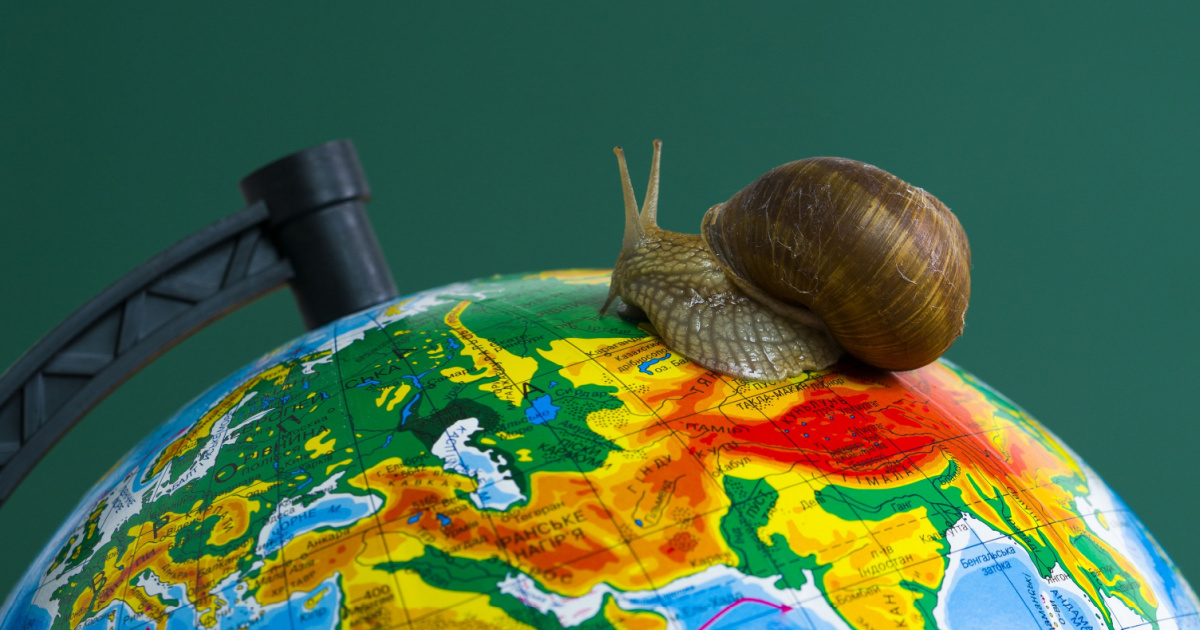 Officials were stunned when an eight-inch snail they stumbled upon and believed to be a toy started moving! Since snails aren’t exactly stealthy creatures, they were able to follow the fugitive’s trail until they found the source — a hole in a bag that had another snail peeking out, plotting its own great escape.

Upon searching the luggage, they discovered that not only were these two smuggled mollusks were not alone; they were joined by six bags full of others for a total of 93 GALS. (Quite the bachelorette trip!) The giant snails were also traveling with 62 pounds of fish and smoked meat, as well as a briefcase full of rotten meat.

While the meat and seafood were destroyed ASAP, the snails’ journey from Nigeria to an African goods store in west Germany was detoured to a local animal rescue service.

Spokesman Michael Walk remarked, “Never in the history of the Duesseldorf customs office has a trail of slime led us to smuggled goods.” 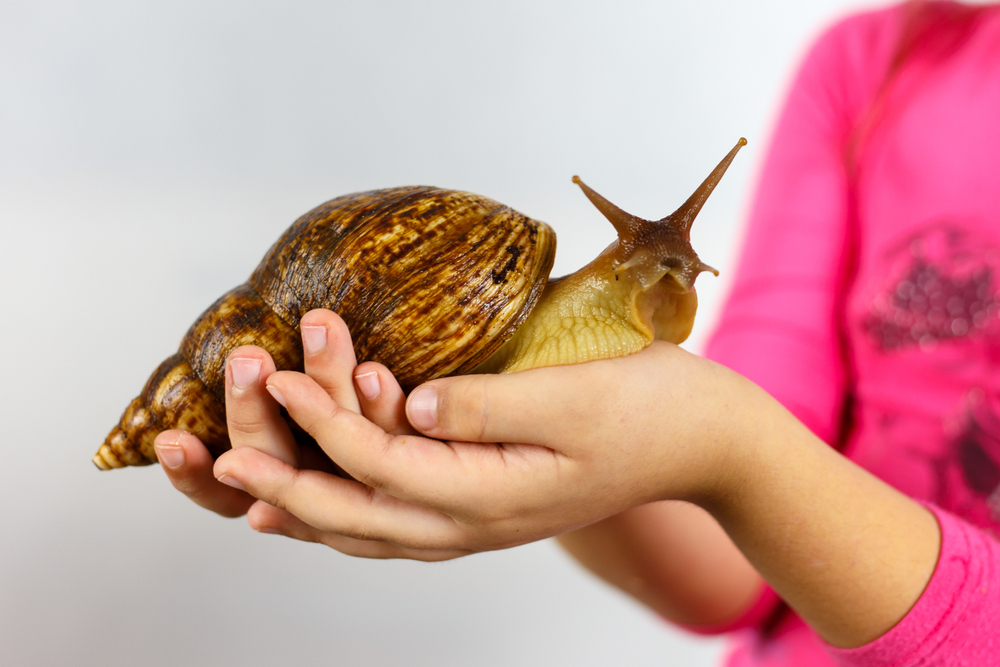 These GALS have been wreaking havoc around the globe recently, having hit up Florida’s west coast this summer, causing a quarantine!

While snails may seem harmless, these gastropods pack a ghastly punch, destroying native soil and carrying the rat lungworm parasite wherever they go. A cult leader even once used them to poison his followers!

Considering one snail can lay thousands of eggs at a time, we’d say it’s pretty lucky the customs officers were on their trail before they became a bigger problem.