Scientists Find Glowing Arctic Fish With Antifreeze In Its Veins 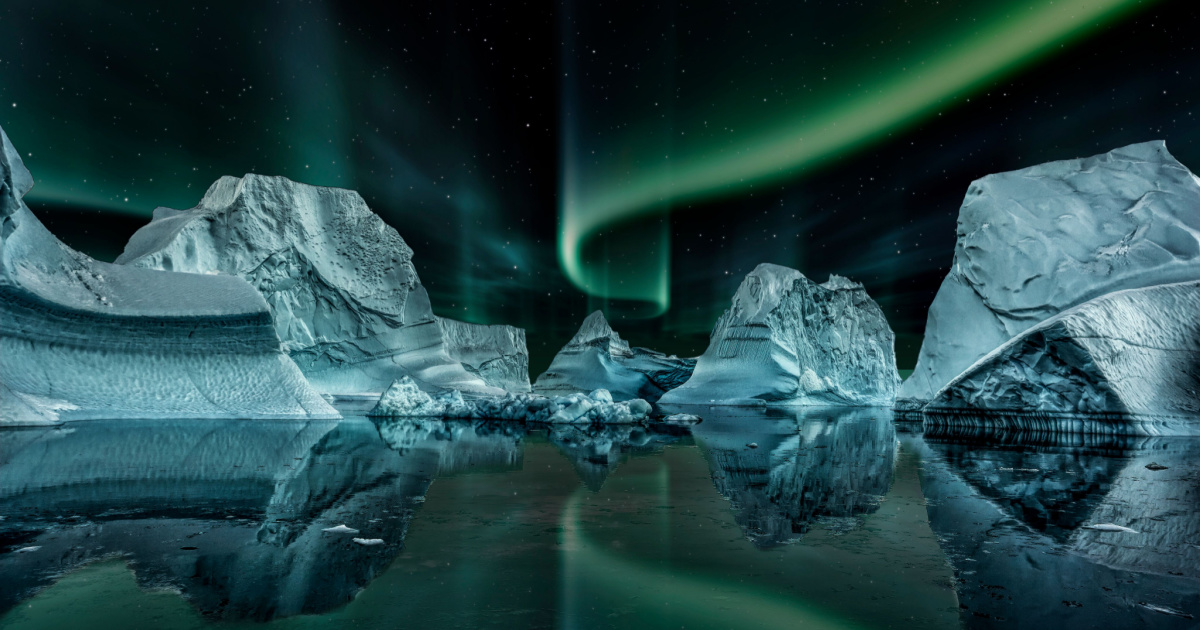 In 2019, the American Museum of Natural History sent a team of scientists to Greenland to explore what lies beneath iceberg habitats as part of the Constantine S. Niarchos Expedition. Their findings were illuminating.

During their mission, they discovered the first biofluorescent Arctic fish, a snailfish that glows green and red under UV light. While attempting to learn more about this characteristic, the researchers uncovered another interesting feature: the fish was chock-full of antifreeze proteins.

The Arctic Gets a Glow Up

While they found a few species of fish swimming in the icy waters, one was not like the other — the juvenile variegated snailfish (Liparis gibbus), a tadpole-like fish that glows bright green and red in the midst of the deep blue sea.

New research on a biofluorescent snailfish reports the highest expression of antifreeze proteins ever observed—& raises concerns about its survival under warming conditions.

The flashy fish are certainly not the first creature to exhibit biofluorescence — the ability to transform blue light into green, red, or yellow — but they are the first ever found in the dark, cold Arctic waters, as the characteristic is typically found in fish that swim a bit closer to the sun.

Shocked by the rare find, the team set out to discover exactly what caused their signature glow. “While we did not locate this gene,” study author David Gruber said in an email to Gizmodo, “we noticed that some of the most highly expressed genes were related to antifreeze proteins.”

Fast-forward to August 16, when their findings were finally published in the journal Evolutionary Bioinformatics. Their article revealed that the fish produce “antifreeze proteins in the top 1% of all other fish genes,” keeping their blood from freezing.

Unlike cold-blooded species, when a fish’s bodily fluids freeze, their whole bodies do, turning them into glorified fish sticks! The production of antifreeze proteins combats this issue by maintaining their blood’s biochemical properties, ensuring that the fish can just keep swimming despite the frigid temperatures!

Although researchers believe the antifreeze proteins could help snailfish adapt to a subzero environment, the rapid production also raises questions about how the species will fare as the Arctic’s waters continue to warm.

According to AMNH curator and the study’s co-author John Sparks, the snailfish could face some tough competition as climate change encourages warmer-water species to swim north. These species will be able to survive without working overtime on “metabolically costly” antifreeze production, putting the snailfish at risk of becoming prey.