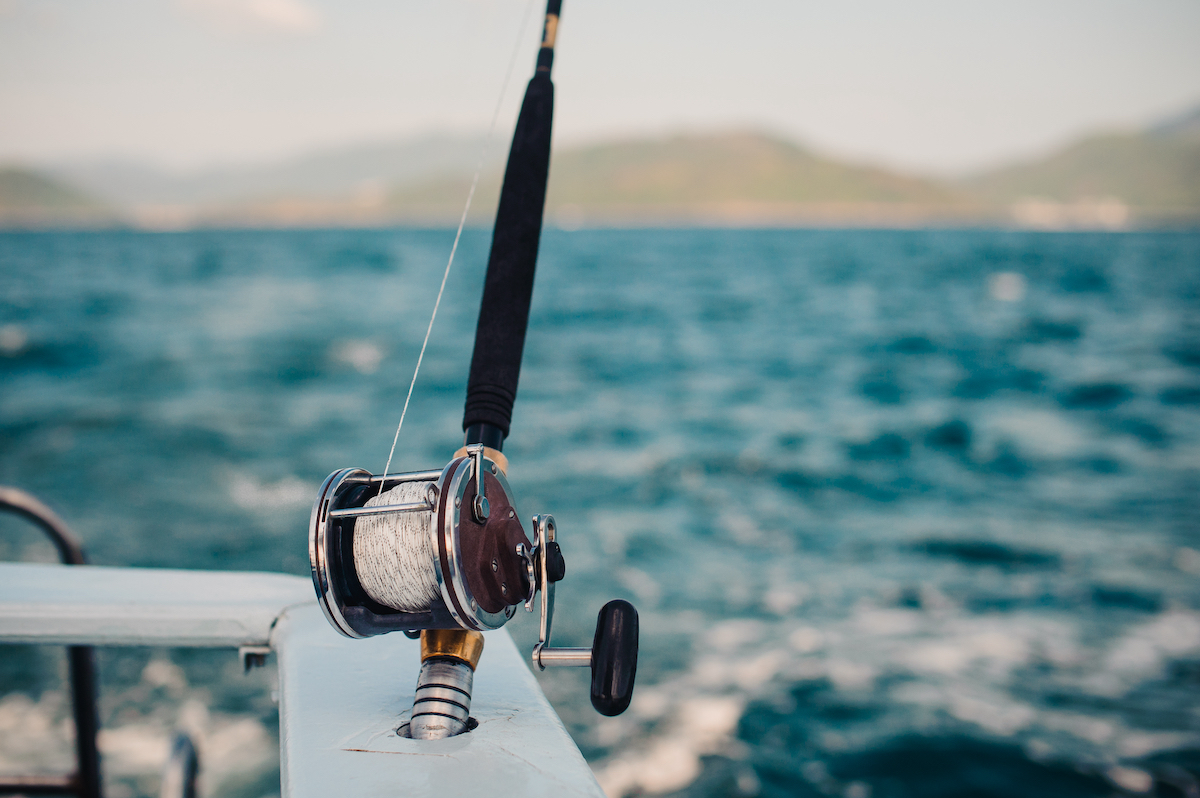 Few places on the planet are as remote and mysterious as the world’s oceans. According to the National Ocean Service, “More than 80 percent of our ocean is unmapped, unobserved, and unexplored.” So, it’s no surprise that giants still lurk in the waters of the deep, whether we’re talking whales, sharks, or squids. Like the undiscovered depths where they dwell, these creatures often remain elusive, with up close and personal encounters few and far between.

But recently, two behemoths bucked these trends, making sensational splashes. Here’s everything you need to know about an unprecedented and unforgettable week in oceanic news.

On the coast of the Sea of Japan, you’ll find Toyooka City in Hyogo Prefecture. There, a husband-and-wife diving duo, Yosuke and Miki Tanaka, recently captured extraordinary photos of an 8.2-foot-long giant squid (Architeuthis dux). The Tanakas had the opportunity to catch the stunning photos after a local ferryman gave them a heads-up about a behemoth in the area.

Yosuke and Miki Tanaka own the Dive Resort T-Style, making them well-positioned and prepared to take advantage of the ferryman’s report. They hurried to the location the boatman described and were rewarded with a one-of-a-kind photo op. Not only did they enjoy the chance to snap pics of the tentacled monster, but they also swam with it, something the Tanakas won’t soon forget.

Yosuke Tanaka encountered an 8-foot-long giant squid while diving with his wife off the western coast of Japan. pic.twitter.com/jPZyqhDyA6

Speaking of the experience, Yosuke Tanaka explains, “I could see its tentacles moving. I thought it would be dangerous to be grabbed hard by them and taken off somewhere.” And Tanaka wasn’t even close to seeing the biggest of the bunch. Giant squids can grow upwards of 40 to 45 feet, which is incredible when you consider the critters’ average lifespan of just five years. Tanaka’s photographs will no doubt lend new information to studying these elusive sea animals.

A Great White Shark Gets Hooked

But giant squids in the Sea of Japan aren’t the only marine wildlife shocking the world. Campbell Keenan, 12, of Boston, Massachusetts, unexpectedly reeled in a 450-pound great white shark while on a Florida charter boat. Keenan was on vacation with his family in Fort Lauderdale when he hooked the sea giant while sailing on Captain Paul Paolucci’s charter boat.

Keenan’s catch proved so massive that his parents held him down to ensure he didn’t get swept overboard. Paolucci explains, “It took a lot, it took 45 minutes to an hour to catch it. We knew we had something pretty substantial from the initial bite it took about 300 yards out.” But the ship’s crew didn’t realize it was a great white shark until the boy reeled it in about 20 feet.

A must SEA story!

12-year-old Campbell Keenan of Southampton has gained national attention following the catch of a lifetime! 22News sat down with him to hear about the moment he caught a great white shark in FL!

Talking w/ his mom- I learned we have mutual family friends! pic.twitter.com/Dd6bff4nYw

After successfully bringing in the big fish, Paolucci’s crew examined and tagged the critter. All told, it came in at 450 pounds and 130 inches long. They carefully removed the hook and released the “absolutely beautiful female” into the ocean. Keenan remains stoked about the find, noting it’s by far the largest catch he’s ever brought in.