The animal kingdom has no shortage of creepy-crawlies and bizarre creatures to keep us up at night, but a few in particular call for special attention. Like the flying snake, for instance.

Ah, yes. The flying snake. Chrysopelea, as it’s known, travels by air once it reaches the end of a lofty branch, and it does so by pulling its abdomen in and stretching out, so to speak, “the ribs”. Think of it like a concave wing, made up of most of the snake’s body. An undulating motion complements its physical alteration and, before you know it—snakes, 12 o’clock! And at a length of up to four feet, Chrysopeleas overhead would be hard to miss.

To be fair, the term “flying” is a bit misleading; “gliding” may be more accurate. So, watch out for those snakes gliding overhead. Feel better? 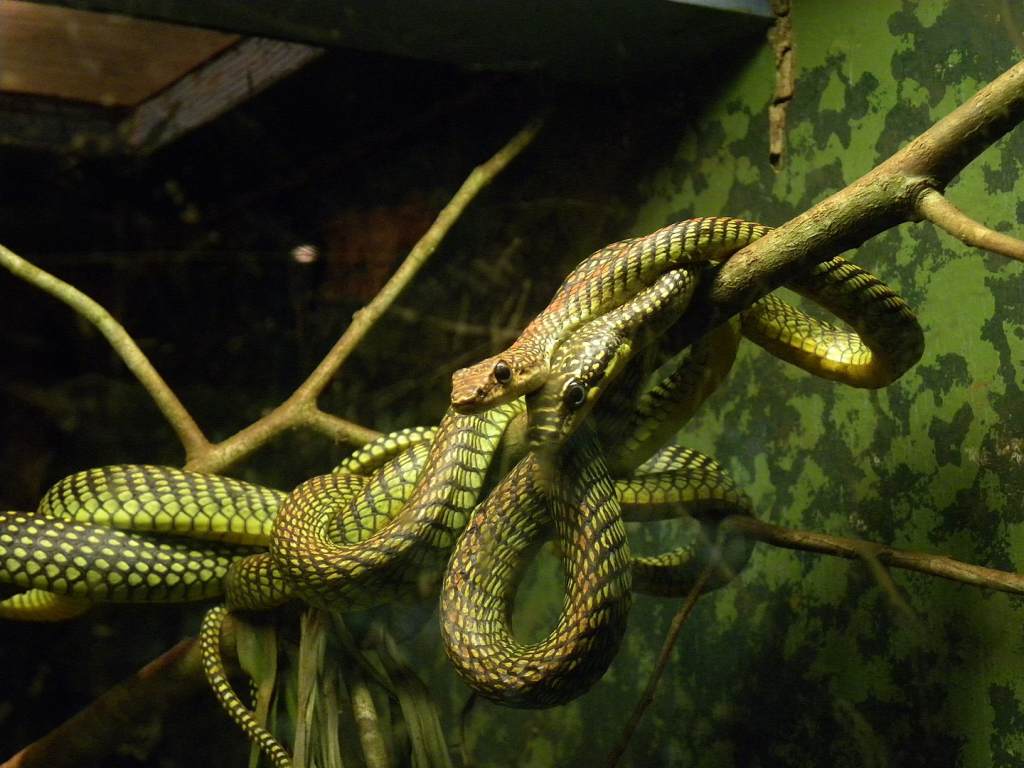 Well, that part isn’t exactly clear, although some scientists and snake fanatics speculate that Chrysopelea developed this peculiar trick to escape predators. Think about it: no one really expects the tasty snake they’re chasing after to catch wind and drift away. Ingenious, we’d say!

Of course, everything that goes up—you know the rest. Should you find yourself in Chrysopelea terrain, and should one happen to land comfortably on your head, feel free to give it a light pat. You see, Chrysopelea is only mildly venomous; while its bite might mean doom for small rodents and lizards, it’s considered harmless to humans. That is, as far as we know.

By Bill Furbee, contributor for Ripleys.com