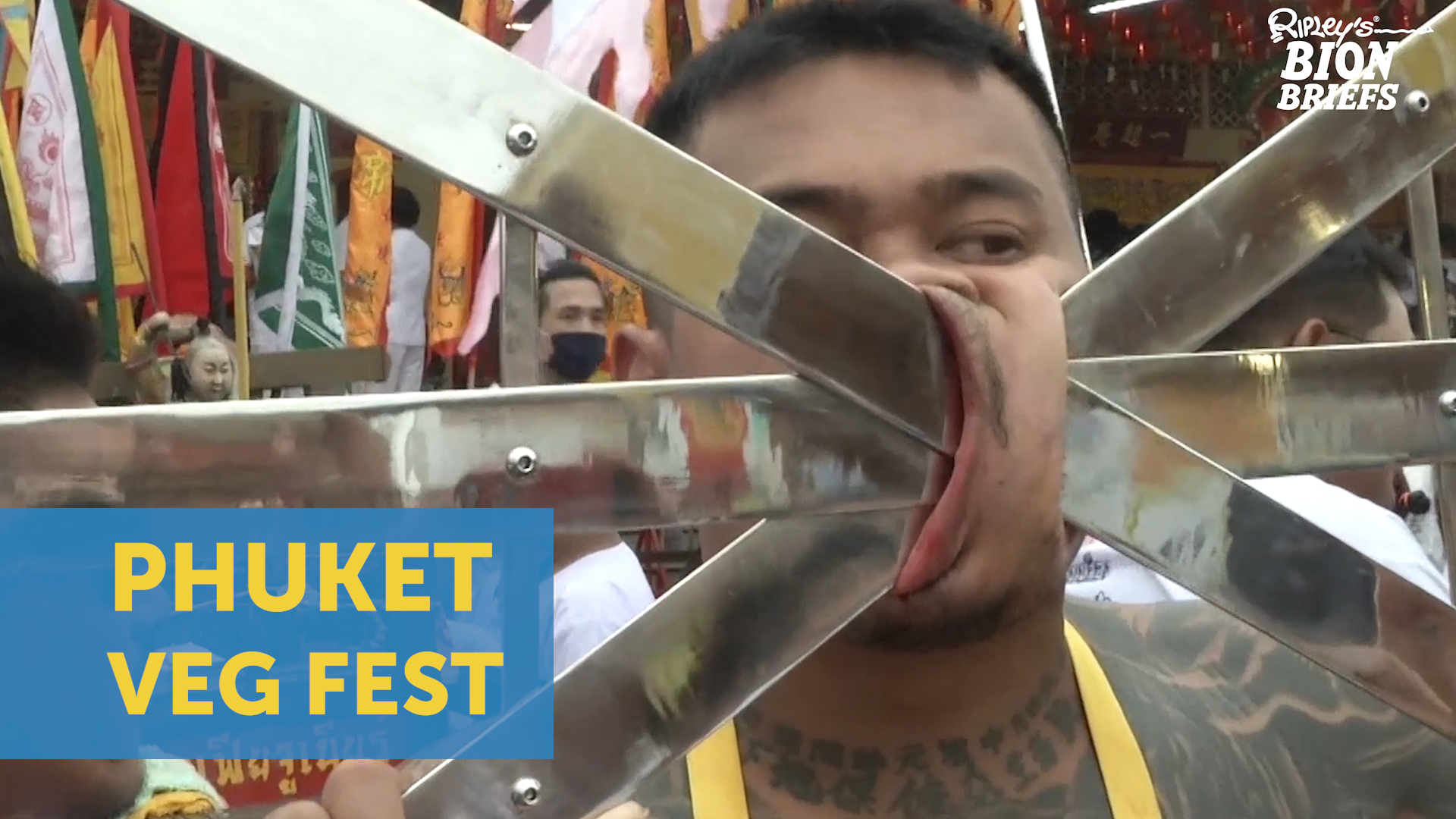 Each October in Thailand, the town of Phuket transforms to become an epicenter of zealous excitement and fervor. The Vegetarian Festival is celebrated in different ways throughout Asia and is meant to mark the return of the nine emperor gods. People attend vigils at shrines and abstain from meat for about a week in order to purify themselves for good health and prosperity in the coming year.

While these celebrations are grand throughout the areas they are celebrated, Phuket is renowned for its unique interpretation. Along with the traditional foods, prayers, and incense burning; self-mutilation is a mainstay. 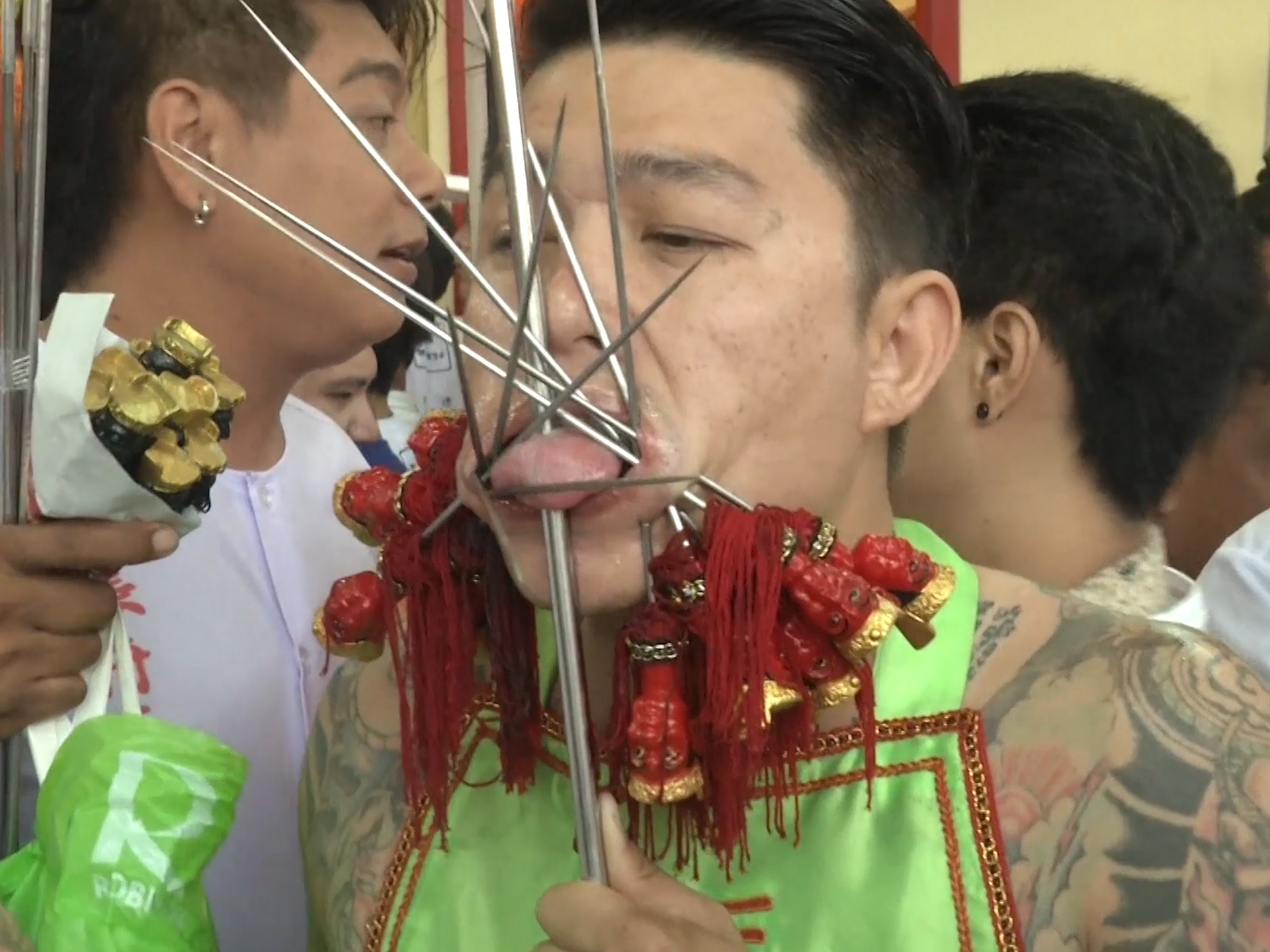 Devotees have needles pierced through their arms, legs, back and even their face as a way of bringing good luck to themselves and the community. This ritualized mutilation is performed while the recipient is placed in a trance-like state.

According to priests, it is the power of the gods that allows them to endure the excruciating pain with little ill effects on their body. Indeed, it seems a miracle that these demonstrators can inflict great harm upon themselves at the outset of the festival, but walk away without even the need for bandages at the end.

People who engage in these acts of self-mutilation are often veterans of the art, but not professionals. They don’t perform these stunts throughout the year and are just ordinary people.

These feats are done completely without anesthetic or painkillers—things prohibited during this time of purity. Instead, they are coached by other performers who ensure the use of sterilized gloves and needles. During the festival, it’s common for the self-flagellators and piercing-fanatics to care for each other’s injuries. 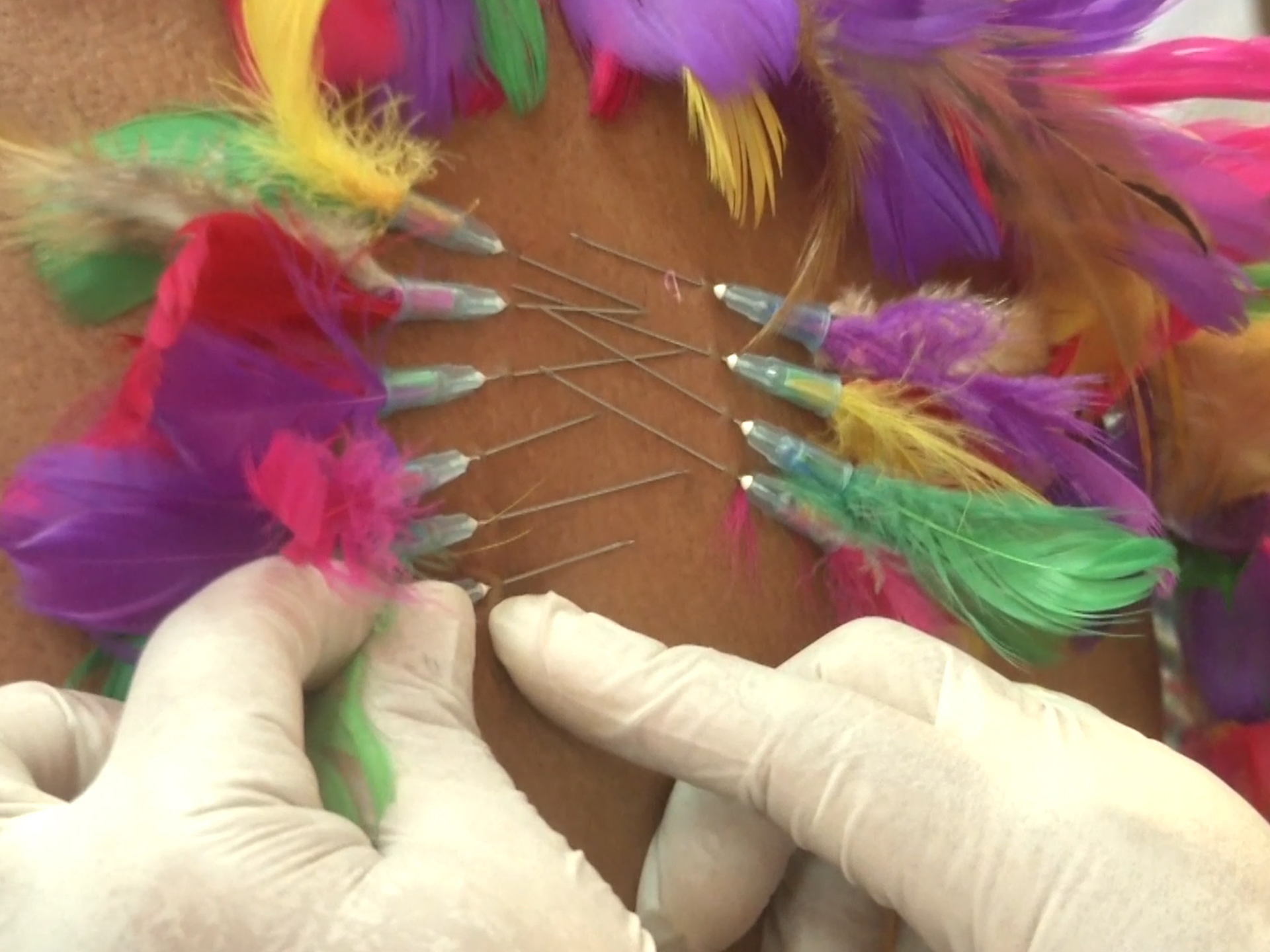 Check out this article’s source
for more.
Author: Colton: https://www.ripleys.com/weird-news/feed/