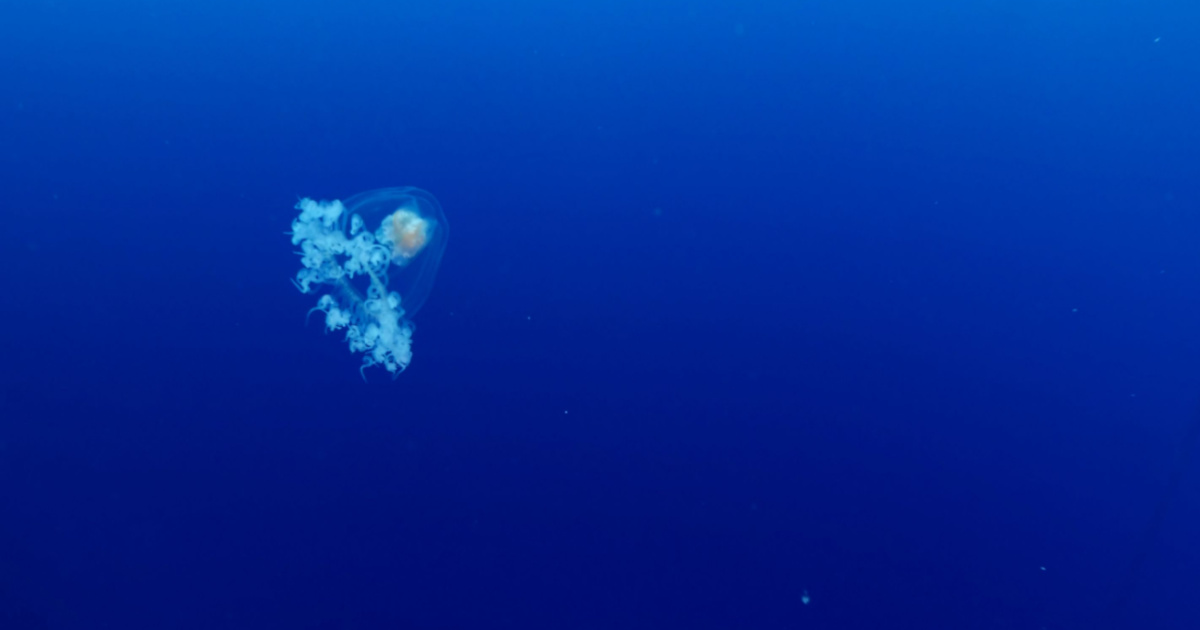 There is a group of very tiny, translucent jellyfish known by the scientific name Turritopsis dohrnii that lives in oceans around the world, and they’ve earned a powerful nickname due to their ability to reverse the aging process. They are considered immortal because when they’re injured, stressed, or experience some type of assault, they have the ability to regress into a polyp stage and then grow again back into an adult jellyfish!

Their transformation is similar to the movie The Curious Case of Benjamin Button, in which (spoiler) an elderly Brad Pitt becomes younger and younger until he turns into a baby. This is why the creature is sometimes referred to as the Benjamin Button jellyfish.

Smaller than a pinky fingernail, these jellyfish reabsorb their tentacles and sink to the ocean floor into a cyst-like state when they get sick or damaged, according to London’s Natural History Museum. Within 36 hours, they transform into a polyp before turning back into a jellyfish. This process is known as cellular transdifferentiation. Essentially, the jellyfish create brand-new bodies, and they can recreate this process over and over again, making them “immortal.”

Most people picture jellyfish as floating balloons with tentacles trailing behind them, but that’s their second stage of life. Before turning into the sea creatures we’re familiar with, jellyfish are larvae that attach themselves to rocks and other ocean elements. Then they turn into polyps before becoming baby jellyfish. The ability for Turritopsis dohrnii to decay and then become new jellyfish from the polyp stage is “one of the most amazing discoveries of our time,” scientist and Australian Marine Stinger Advisory Service Director Dr. Lisa-ann Gershwin told BBC Earth.

Experts believe the species initially lived in the Mediterranean Sea before traveling to other parts of the world via cargo and cruise ships, which pump ballast water in and out during their journeys. These tiny jellyfish likely got caught up in the process, probably experienced some stress along the way, and were able to reverse their life cycles when they reached their new destinations. They are very small and can be hard to see, which may have also helped them spread into various populations around the globe. The good news is that they don’t adversely affect their environments like some invasive species do.

However, their extraordinary ability doesn’t make the little jellies impervious to certain threats, such as fish and turtles who enjoy making them into tasty meals. Sea slugs and crustaceans also prey on them. They cannot escape death entirely.

Luckily for us, these sea creatures potentially have the ability to advance human medicine. Japanese scientist Shin Kubota, who has studied these jellyfish for decades, made a bold claim, telling the New York Times, “Turritopsis application for human beings is the most wonderful dream of mankind.” He added that once the scientific community figures out exactly how the jellyfish are able to age in reverse “we will evolve and become immortal ourselves.”