How Columbus Failed To Prove The Earth Was Round

On August 3, 1492, Christopher Columbus set sail from the port of Palos de la Frontera, Spain, in command of 90 men and three ships: the Niña, the Pinta, and the Santa Maria. His crew sailed west leaving behind the comforts of the known world at the Canary Islands.

By October 10th, Columbus’s men had grown restless with no land in sight. They demanded Columbus turn back for Spain, which forced a quick negotiation. They’d head home in three days unless they discovered land. On October 12th, just two hours past midnight, Juan Rodriguez—a.k.a. Rodrigo de Triana—a sailor on the Pinta, caught sight of a shoreline.

Vindicated, Columbus set foot on San Salvador—literally “Holy Savior“—the next morning, forever laying to rest the medieval belief that the world was flat. He also discovered a “New World” in the process. Or, so we’ve been told.

Here’s the full scoop on what Columbus was really after and why it had nothing to do with disproving Flat Earthers or finding new continents.

“In 1492, Columbus sailed the ocean blue…” We’re all familiar with this poem and the Portuguese captain who swaggered into history as the result of an intrepid voyage of scientific discovery. In reality, though, Columbus never feared sailing off the edge of the world.

As historian Jeffrey Burton has noted, “No educated person in the history of Western Civilization from the third century B.C. onward believed that the Earth was flat.”

History tells us that as early as 600 B.C., the Ancient Greeks made observations consistent with a spherical Earth. How? From Pythagoras to Aristotle, they used calculations based on the rising and setting of the sun as well as shadows and other physical properties of the globe.

Even though this knowledge was lost to most Europeans during the Dark Ages, by Columbus’s time, wealthy Spaniards immersed themselves in these ancient texts again. Educated people knew the Earth was round, which begs two questions. Why was Columbus’s voyage considered so controversial in Europe?  And what was he really after?

What kept many wealthy individuals in Portugal and Spain from wanting to fund Columbus’s trip? In a nutshell, his crazy circumference calculations. While Columbus knew the Earth was round, he calculated its circumference 25 percent smaller than it actually is. What’s more, he overcalculated the size of Asia so that Cipangu (a.k.a. Japan) lay just over 8,000 miles from Spain. Many of Columbus’s contemporaries disagreed with these calculations, saying he’d vastly underestimated the numbers. As Columbus’s first voyage showed, these critics were right.

Why was Columbus interested in Japan? At the time, it represented the gateway to Asia, which Europeans referred to as “the Indies.” As Columbus and his crew attempted to interact with the indigenous people of San Salvador and other islands, he became more and more frustrated. After all, the explorer thought he’d made landfall in Japan. But why didn’t he see any signs of the perfumes, silks, jewels, gold, and spices detailed by Rustichello da Pisa in The Travels of Marco Polo?

Marco Polo, who da Pisa had interviewed for the 13th-century book, never visited Japan, but he had heard about it from Muslim traders in China. These traders, in turn, had never been either. But that didn’t stop them from weaving fabulous tales about a nation overflowing with pearls and precious stones where temples and palaces lay covered in tremendous quantities of gold, including floors paved in the yellow stuff up to two fingers thick.

Of course, as we all know, Columbus never got closer to Japan than the east coast of Central America. But he went to his grave insisting he’d reached Asia. This insistence puts to rest the myth that Columbus wanted to find new continents. What’s more, considering the fact the Americas, the Caribbean, and Cuba teemed with people, the idea Columbus discovered anything depends on your cultural perspective.

How did the Columbus story become synonymous with a flat Earth? We can blame that on Washington Irving’s work, The Life and Voyages of Christopher Columbus (1828). While in Spain, Irving had the chance to search through a massive archive chronicling the explorer. 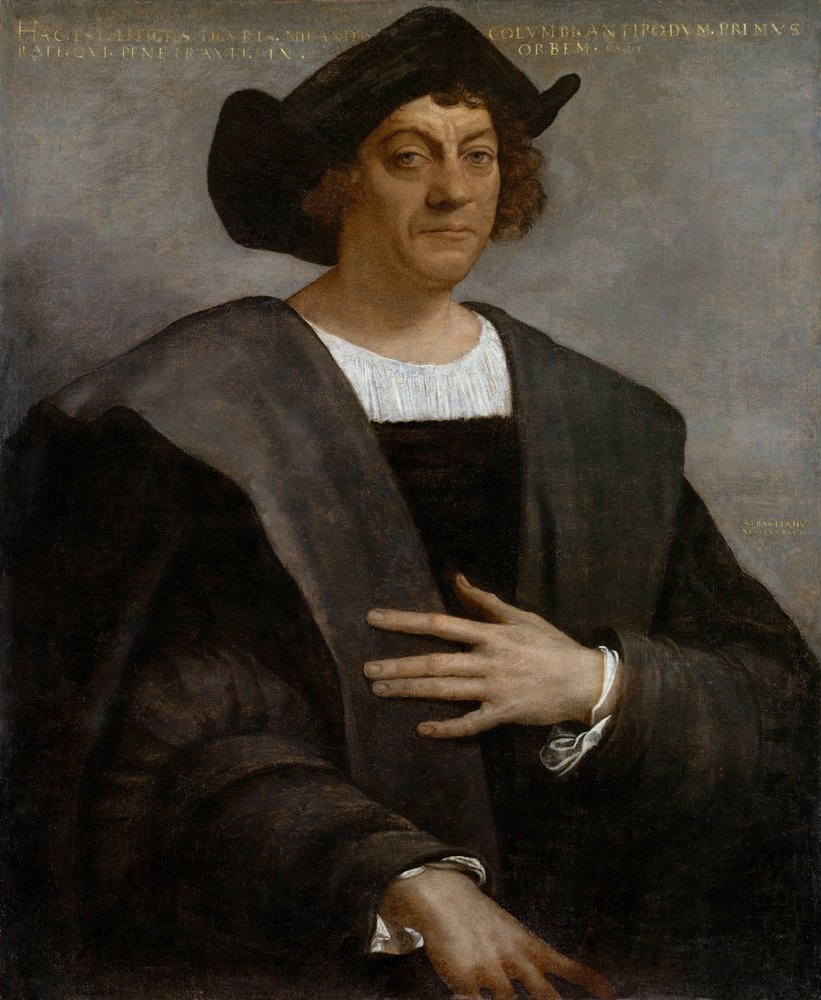 But Irving found the historical documents at his fingertips rather dull. So, he embellished the story, transforming Columbus into a heroic Enlightenment figure on a scientific quest to slay medieval superstition—namely, the flat Earth theory. Irving’s story had zilch to do with reality, but it sold books.

Today, Irving’s take on Columbus remains a myth deeply embedded in American pop culture and even our education system. And in one of those ironic twists of fate, more educated people probably now believe in a flat Earth than during Columbus’s time!

Source: How Columbus Failed To Prove The Earth Was Round