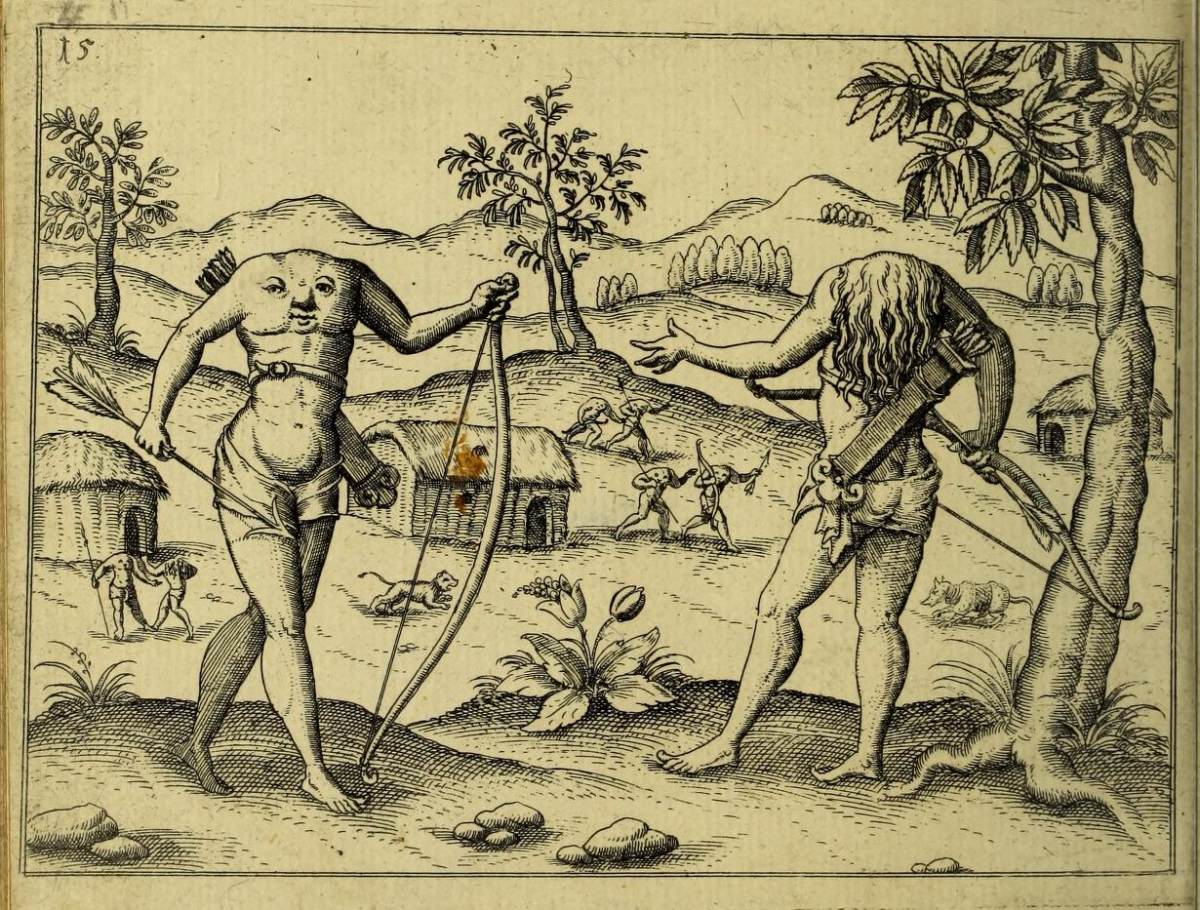 When it comes to cryptozoology, a handful of staple creatures get all the attention and cable television programs. These include Sasquatches, water monsters (like Nessie and Champ), aliens, and occasional appearances by local folkloric figures such as the Mothman.

Sadly, one anchor of the crypto world, Jeremy Wade, retired from River Monsters in 2017. Why? He ran out of mystery monsters: “Ten years ago, I had a list in my head, which seemed impossibly ambitious at the time, but everything has now been ticked off — and then some.”

But other mysteries remain. Like why do Bigfoot prints keep turning up? And Brachiosaurus-type critters still get sighted as Loch Ness and Lake Champlain? Eyewitness accounts and anecdotal evidence fuel these mysteries long after a dearth of evidence should put them to bed. Nothing better illustrates this than the history of the headless Blemmyes, a mostly forgotten mystical creature with a long literary shadow.

A Cryptozoology Star from the Past

Cryptozoology remains an incredibly popular subfield of science. And it’s easy to see why. Tales surrounding legendary creatures contain the tantalizing hope that some unexplored parts of the globe still exist, and some questions remain unanswered. In other words, these stories stoke our curiosity while reassuring us we don’t have it all figured out. There’s still some room for a metaphysical slice of the unknown, no matter how many field researchers trek across the Blue Planet. 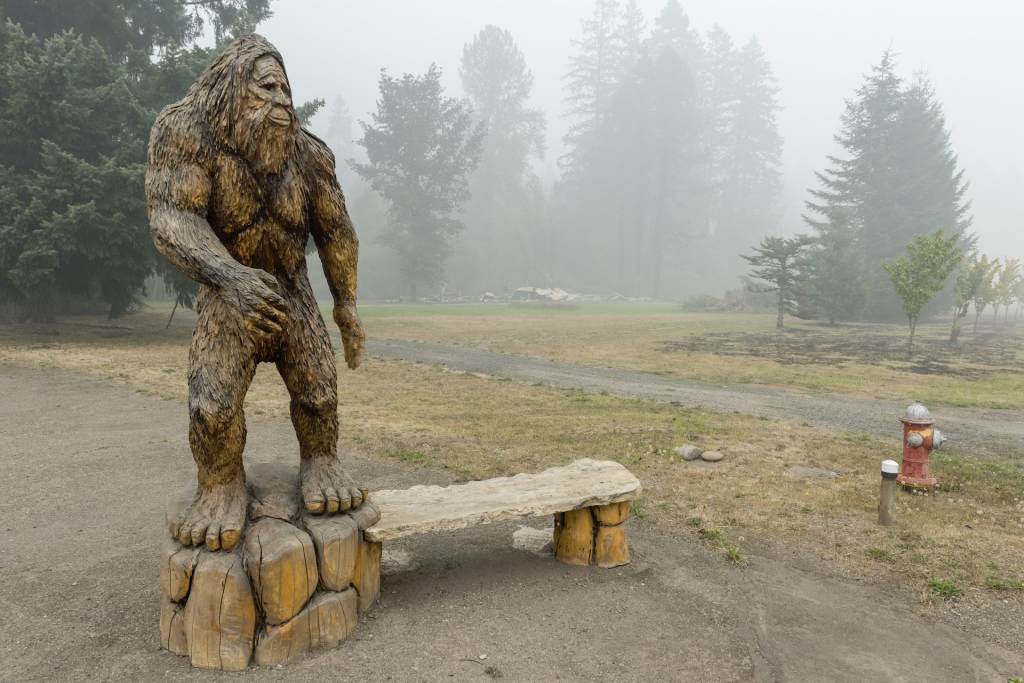 Whether you’re a mystery monster TV addict or occasional sampler, it’s easy to discern a pattern in many of these programs. (Although Jeremy Wade’s River Monsters usually got to the bottom of a given mystery with a hook in the jaw.) As for other shows, they typically assemble a team of so-called experts that search for evidence butting up against dead end after dead end.

Despite an absence of reliable data, anecdotes and eyewitness accounts continue to keep these stories alive in the public imagination. This echoes the ancient and medieval obsession with the Blemmyes, a race of headless humans who always conveniently managed to exist outside the realm of discovery and civilization.

What the Libyans Say

Although it sounds surreal today, headless Blemmyes were once considered a bona fide people group, thriving along the frontiers of discovery. Close enough to make occasional appearances but distant enough to prevent debunking. Between their humanoid appearances and their ability to appear and disappear at random, they had a lot in common with modern-day Sasquatches. Fortunately, they lacked the rank smell, bloodcurdling screams, and furry feet. 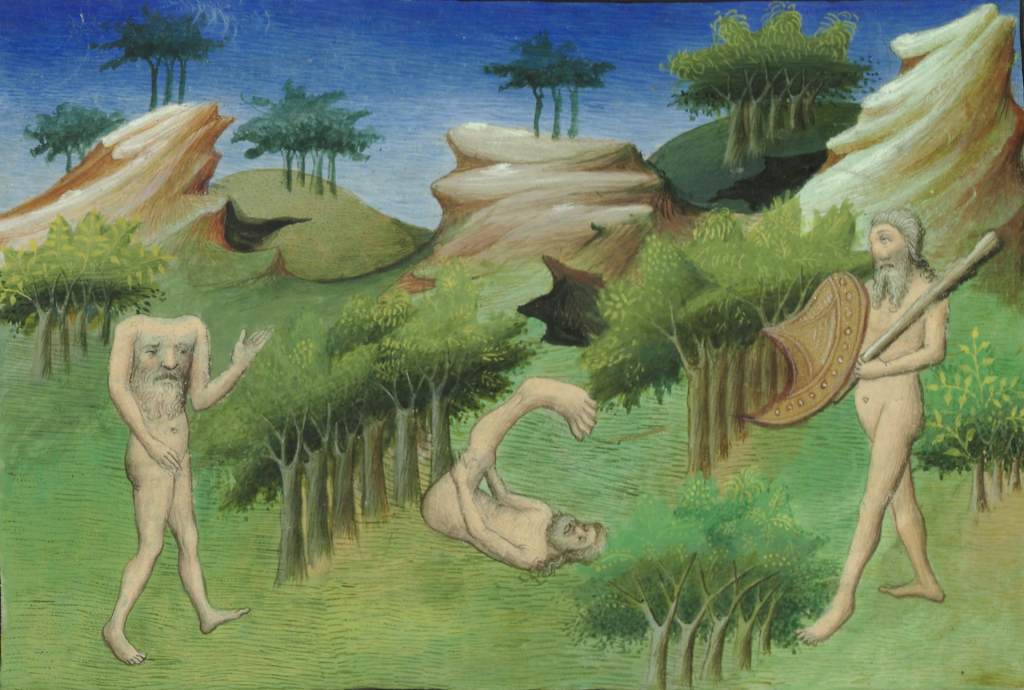 Of course, one of the most vital areas of evidence regarding the existence of Bigfoot remains the great body of eyewitness accounts and oral histories. These include oral traditions stretching back to the pre-Columbian period in North America. But if you think that’s a clincher, wait until you see the incredible evidence related to the headless Blemmyes. They had so much documentation on these creatures that people remained convinced of their existence for centuries.

The first “historian” to delve into describing headless Blemmyes was Herodotus. In the fifth century BC, this ancient Greek author and father of historical narratives described them as “headless creatures with eyes in their chests (at least, that is what the Libyans say)” in his work The Histories. Herodotus also explained that where the tribe lived in Libya was filled with hilly, lush forests, the ideal place for eye-catching humanoids to hide.

Herodotus would be far from the last famous historical figure to discuss this tribe. For example, Strabo, a first-century Greek geographer, described Blemmyes as an honest-to-goodness people group inhabiting southern Nubia. Other scholars chimed in over the years thanks to a robust tradition of scholasticism.

Statue of the ancient greek historian Herodotus at the parliament of Vienna. Credit: morhamedufmg Via Wikimedia Commons.

These individuals represented a laundry list of famous figures, including Pliny the Elder, Sir Walter Raleigh, and Isidore of Seville. Sir Walter Raleigh’s account of these creatures in the New World is both funky and fascinating. He referred to them as Ewaipanoma or Iwaipanoma, stating that “they are reported to have their eyes in their shoulders, and their mouths in the middle of their breasts, and that a long train of hair growth backward between their shoulders.”

What’s more, references to the legend also made their way into medieval maps by cartographers and explorers like Andrea Bianco, Piri Reis, and the 12th-century Hereford Mappa Mundi. These references and images by famous historians, natural philosophers, cartographers, and explorers helped the headless Blemmyes gain even more traction. But despite all the anecdotes, the search for the headless Blemmyes — like so many other cryptid ventures — have so far headed nowhere. (Pun intended.)