Getting Chased by Skaters at NOLA’s Running of the Bulls 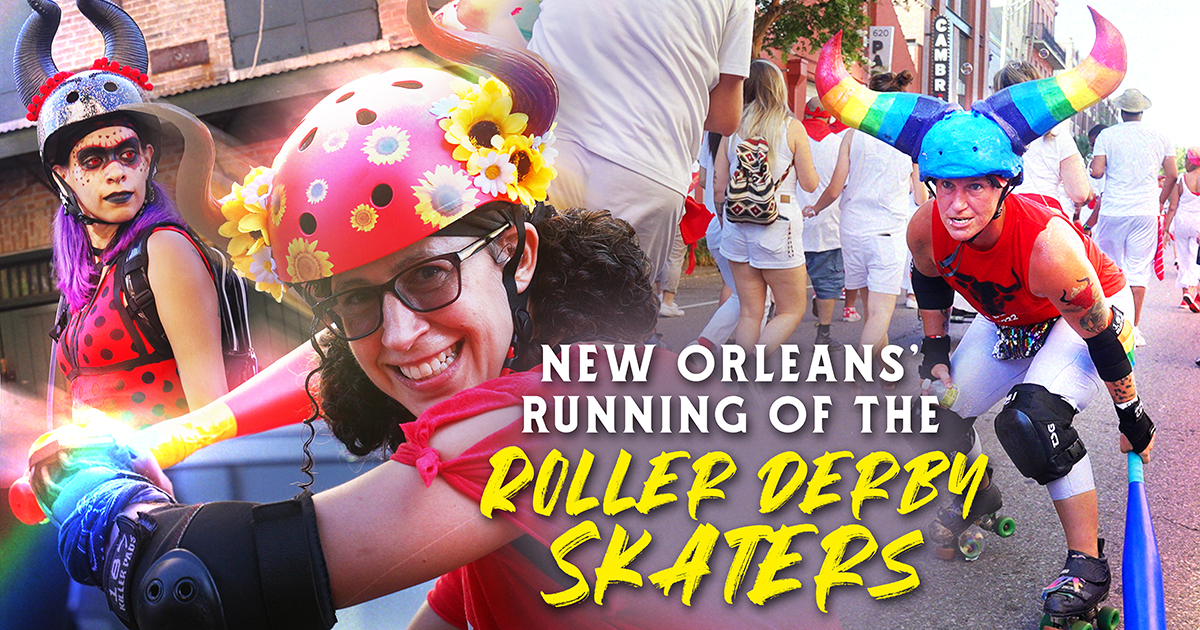 You have probably heard of Spain’s Running of the Bulls, an event held during the Festival of San Fermín in which people (voluntarily) flee from bovines rampaging through the streets of Pamplona in a stunning display of bravado and tradition.

In New Orleans, however, the city has put their own twist on the Spanish tradition that has people skating away!

Every summer, the city of New Orleans hosts a Running of the Bulls–inspired race featuring roller derby skaters instead of cattle — Believe It or Not!

Rather than risk being gored by angry bulls bent on destruction in the streets of Pamplona, Spain, participants of the N’awlins event get chased by a fleet of roller derby girls wearing horns and wielding giant plastic bats. 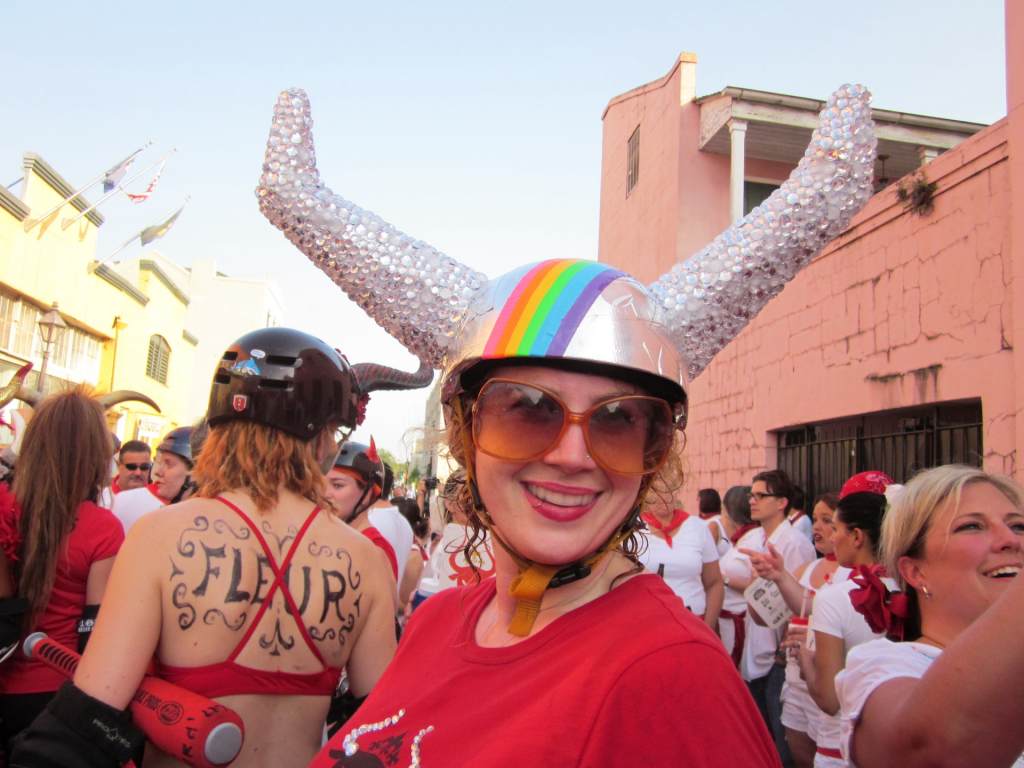 The Spanish-inspired chase begins and ends at The Sugar Mill event venue, and along the route you’ll have plenty of opportunities to run for your life or risk a clobbering from bovine-channeling queens of the rink.

Just Roll With It

New Orleans’ first Running of the Bulls took place back in 2007 with just 200 participants and 14 RollerBulls. Now the event sees around 10,000 runners and hundreds of RollerBulls running through the streets! 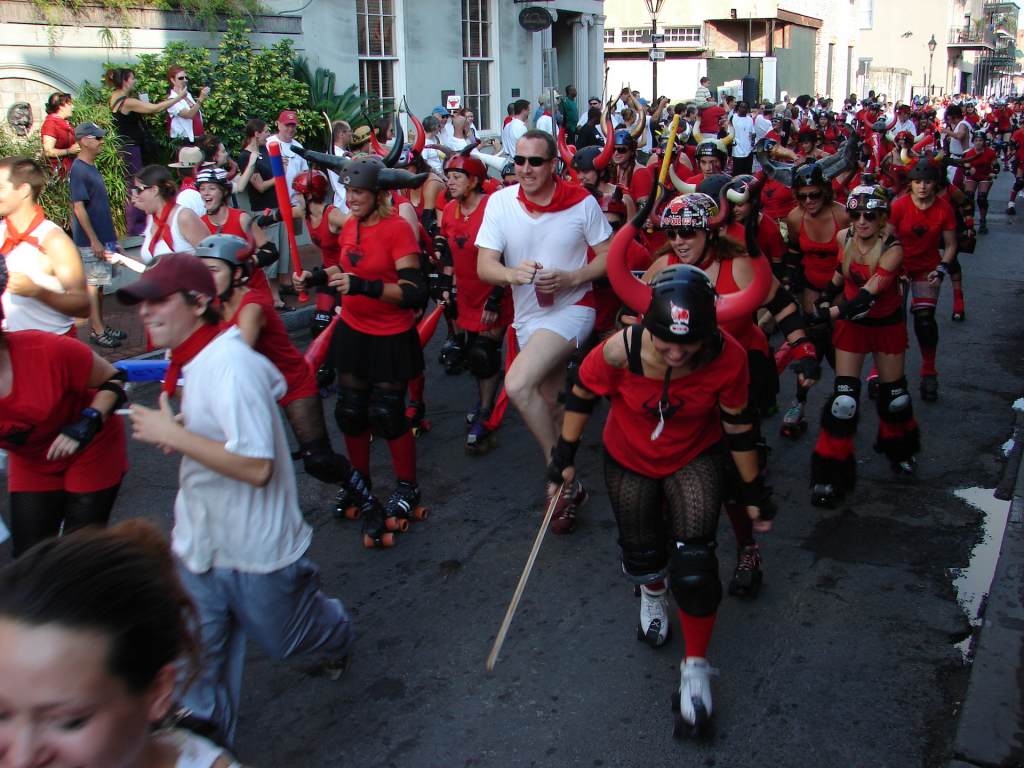 This creative take on a long-held tradition is a fun way to unite the community while also getting a little exercise! Skaters have the opportunity to get creative with helmet and horn designs unique to their own style and flare. Meanwhile, runners are clad in all-white outfits and a red sash, making them easy-to-spot targets for the RollerBulls and their plastic bats!

So if you happen to be in New Orleans in July, maybe pack a pair of good running shoes to be safe.

Find this story and more inside Ripley’s all-new book! Escape the Ordinary‘s 256 pages spark curiosity, challenge perception, celebrate differences, and curate a sense of wonder for the weird world around us! Available now on Amazon and at most major retailers.

Source: Getting Chased by Skaters at NOLA’s Running of the Bulls