How To Get Hired! Join best-selling author of “Hired!”, to learn how to write a resume that will get your phone ringing for interviews!

Based on my best-selling book, “Hired! How To Get The Zippy Gig. Insider Secrets From A Top Recruiter.”, I’m delighted to be re-running my 3-part Top Recruiter Tuesday webinar series for job seekers!

• 80% of resumes are rejected in 11 seconds. Yes, you read that right! I’ll share the 6 surprising things that get ZERO attention. You’ll be shocked.

• We’ll cover 7 foundational elements to create a strong resume, including the best fonts, font sizes for impact and an overview of what goes where.

• I’ll also share some big mistakes including accidental age-giveaways and the rule of 10.

• 3 sure-fire ways your resume will end up in the black hole when applying via an Applicant Tracking System.

• We’ll talk about rusty resumes….if your resume is filled with 2 or 3 pages of bullets describing your functional job responsibilities….your resume is definitely RUSTY and not doing anything to get you noticed.

• And, everyone makes a big mistake when displaying education. It’s an easy one to fix, once you know!

• I’ll introduce you to my 2-step resume formula that will get your phone ringing for interviews! It works every time! And, it’s helped job seekers globally to land their new gig! It will help you too!

• A hiring manager wants to know what your past jobs were…but more importantly, they want to know how well you’ve performed. I’ll show you how to get key results on your resume.

• We’ll dive into loads of ideas on what to measure for results.

• Have you been laid off as a result of the virus (or before)? We’ll talk about how to tough conversations – lay offs and terminations. And, big mistakes most people make when talking about both.

• Let’s talk about the cool stuff you’ve been doing since the virus hit. You’ll be surprised what I’ll tell you to put on your resume!

• 4 things a hiring manager is looking to learn in the phone screen.

• 3 clever ways to handle gaps on your resume.

• Interviewing demystified! I’ll share how to prepare for an interview, including what to say and how to walk through your resume.

• We’ll talk about the one question you can be guaranteed you’ll be asked in an interview. It’s a big one! And, how you can use this question to your advantage.

• The end of interview questions to NEVER ask. I’ll give you some ideas on clever questions that will make you a stand-out!

• I’ll share the one question you must always ask before leaving each interview.

• The one thing you can do after the interview to leave a lasting impact….and perhaps tip the scales in your favour to be the selected candidate.

Copies of “Hired!” are available on Amazon in print and kindle: https://tinyurl.com/y4nw5bhk

Sheila Musgrove started TAG Recruitment in 2005 with an IKEA desk, bargain website, and a computer monitor as big as a fish tank. TAG has grown into a thriving multi-million- dollar organization with a strong reputation for finding stellar talent—all from an uber funky office, with a disco ball and a gong.

After coaching thousands of candidates on resume writing and interviewing preparation, with significant success, she wrote “Hired! How To Get The Zippy Gig. Insider Secrets From A Top Recruiter.” It hit the Amazon best-seller lists in both Canada & USA within the first 24 hours of being released. Four years later, “Hired!” is still consistently ranked in the top 20 resume books in Canada!

She has delivered a lively keynote based on “Hired!” to well over 5000 job seekers throughout Canada. “Hired!” has sold globally and has helped readers world-wide to land their new zippy gig.

Sheila has received numerous awards including Alberta Venture ranking of Alberta’s fastest growing companies – TAG has appeared 6 times on the list. Profit and Chatelaine rank Canada’s Top 100 Women Entrepreneurs – she’s appeared on the list 4 times. Sheila was recognized by Red Deer College as their 2015 Distinguished Alumnus of the Year.

Her second book, “Unexpected Mentors. Weird & Creative Ideas To Boost Your Career.”, was published in April.

She has trained career educators in 4 countries on the “Art of the Digging Interview” and the “Hired!” methodology. 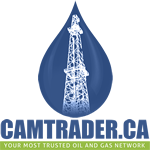