Billions Of Fireflies Synchronize In A Rare, Dazzling Light Show 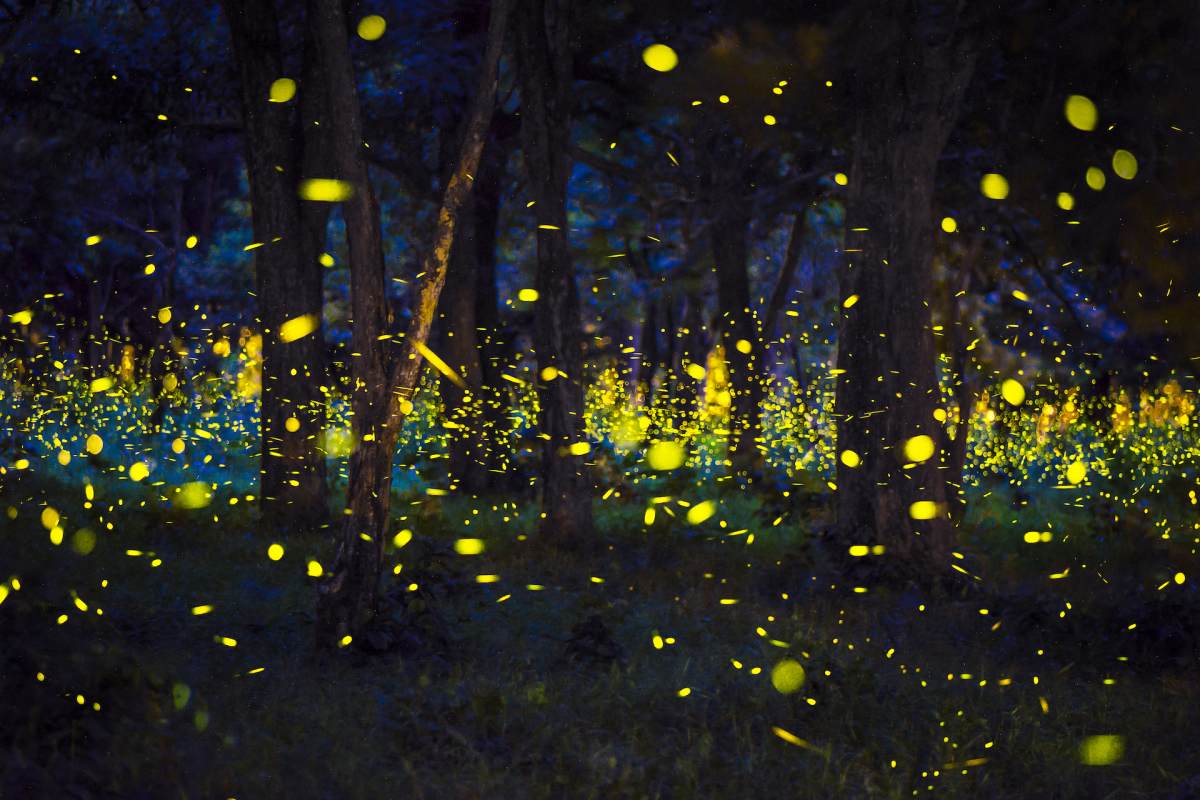 Many of us have been wowed by spectacular fireworks this summer. But have you ever seen billions of fireflies light up the night sky?

Photographer Sriram Murali recently did when he captured a dazzling light show only nature could create.

The Magic of Fireflies

Did you spend your childhood collecting twinkling fireflies in a jar at dusk? Fireflies, also called lightning bugs, are a species of beetle known for their unique ability to produce light.

Through a chemical process called bioluminescence, fireflies can transform their lower abdomens into lanterns and produce flashes of yellow light. This is due to specialized cells in the insect’s body that use a mixture of oxygen and a compound called luciferin to produce their distinctive glow. Male fireflies use their light to attract females. The light is 100% efficient and produces zero waste.

Of more than 2,000 light-emitting insects found across the globe, only a few will harmonize their flickers into patterns. Murali was lucky enough to capture these synchronous fireflies in action during his trip to Anamalai Tiger Reserve in India.

A Show of a Billion Lights

Murali, who is an expert in fireflies and light pollution, recorded the compelling light show of billions of insects using time-lapse and moving-image photography. His video showcased countless fireflies coordinating their flashes of light throughout the lush forest.

Over the last decade, Murali, who now works for Google, has produced a series of documentaries to raise awareness of light pollution, or the brightening of the night sky by man-made sources.

A panoramic view of the bioluminescent world at the Anamalai Tiger Reserve. Synchronous fireflies turn this forest into a carpet of yellowish green.#fireflies pic.twitter.com/EGrOxttdPe

After learning about a 2012 study on synchronized insect light shows that was conducted at Anamalai Tiger Reserve, Murali decided he had to see the phenomenon for himself. He contacted the reserve and met with Deputy Director M.G. Ganesanto to begin researching firefly conversation and ecology.

Through his works at Anamalai Tiger Reserve, Murali hopes to spotlight how important darkness is to the natural world. Without it, the lightning bugs’ spectacular show wouldn’t even exist.

By Steph Weaver, contributor for Ripleys.com