91 Days and 2,000 Miles: Man Kayaks from California to Hawaii 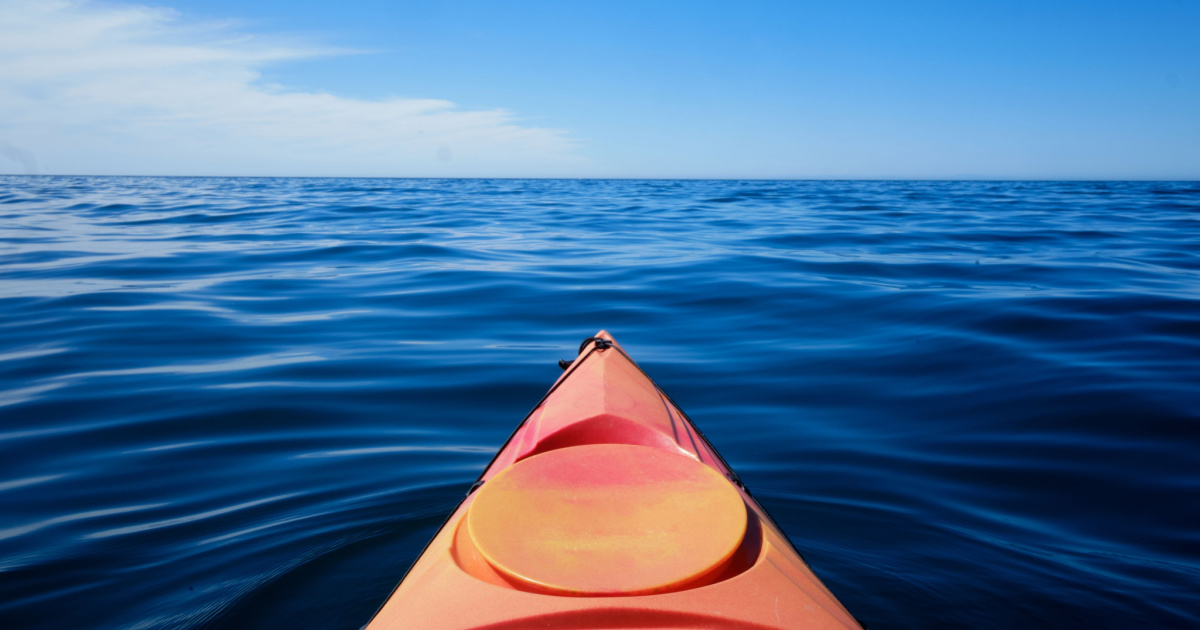 Remember the adage, “You can do whatever you put your mind to?” Cyril Derreumaux of California recently became the poster boy for this statement. That said, most people would think twice before putting their mind to what Derreumaux achieved: a more than 2,000-mile-long historic solo kayaking trip. It took him from his home in the “Golden State” 2,400 miles away to the “Aloha State,” Hawaii! And he did it in 91 days and nine hours.

Here’s everything you need to know about Derreumaux’s record-breaking trip and the crazy challenges he faced along the way.

The Culmination of an Incredible Journey

Although many would consider Derreumaux’s lengthy kayaking trip downright ludicrous, nobody can deny he knew how to pick the perfect final destination: Hilo, Hawaii. After three months of floating and paddling, the bronzed kayaker sported a lengthy beard, rock-hard arms, and a Tom Hanks Castaway vibe (minus the Wilson volleyball).

His adventure began in Monterey on June 21, 2022, after he departed in a kayak modified with pedals and a cabin big enough to squeeze into for sleep. Despite these minor creature comforts, he left other things to chance, foregoing an engine or even a sail. But he did carry valuable experience, having attempted a similar endeavor in the summer of 2021.

In 2021, he wanted to reach Hawaii in 64 days, but the expedition fell apart six days in due to bad weather, electrical problems, and issues with the sea anchor. Reflecting on his first attempt, he explains, “The general behavior of my kayak suddenly changed, which I immediately attributed to sea anchor damage. In a few moments, my kayak was positioned almost parallel to the axis of the waves, and I found myself violently tossed from side to side along with all the equipment that was stored in the cabin.” He had to call the Coast Guard for rescue.

Although the cancellation of Derreumaux’s adventure in 2021 brought disappointment, he gleaned valuable lessons from it, too. These lessons led him to increase his physical fitness and develop new techniques for staying mentally fortified. The first shot at Hawaii also pushed him to make critical modifications to his kayak, including adding a manual bilge pump, side panels to shield the cockpit from water, a sea anchor system, and a satellite communication system.

Nevertheless, Derreumaux’s achievement verges on superhuman. He spent 10 hours per day paddling. To make the effort doable, he organized it into a daily routine. Each morning, he started with four hours of paddling, followed by a meal and some relaxation. He’d put in two more hours in the afternoon and four more before sunset. This allowed him to turn in at night for satisfying, much-needed sleep fests.

To fuel his endeavors, he consumed between 4,000 and 6,000 calories daily. He also trained carefully, attenuating specific tendons to handle the extra exercise and stress. After all, tennis elbow isn’t something you want to deal with mid-ocean. Derreumaux also experienced a profound spiritual transformation he has only started to discuss in interviews.

Sharing His Journey With the World

Although Derreumaux initially hoped following his passion would take 70 days, the first leg of his journey ushered in rough weather. He paddled into heavy winds for days, attempting to maintain what little ground he achieved. In the second week, he faced flooding in his cabin, and by day 46, his water maker stopped working. He also dealt with food rationing, rapid weight loss, and more bad weather. Yet, he never gave up.

Throughout his improbable journey, Derreumaux remained well-connected with his fanbase thanks to the wonders of modern technology. But he was surprised about who followed and cheered him along: “I was so glad I could share the whole journey on social media. Having people that connect with not just the kayaking side, or even the adventure side, it’s more the human spiritual journey that I was on.”

Constant music fueled his paddling marathons, and Seinfeld helped him relax and decompress at night. Along the way, he sighted hundreds of dolphins and had a “pet” mahi-mahi follow him for a few days near the end of his adventure. (In social media, he blamed the fish’s sudden disappearance on a Celine Dion album!)

Derreumaux follows in the footsteps of Ed Gillet, who completed the route from California to Hawaii in 1987 in an unmodified, off-the-shelf kayak with no way of communicating for 90% of the trip. Of his predecessor, Derreumaux states, “I am more in awe of Ed Gillet and what he accomplished [than ever].”

Source: 91 Days and 2,000 Miles: Man Kayaks from California to Hawaii